Current Location: Home > News > Here are all the Samsung smartwatches and tablets we can expect this year through their leaked roadmap 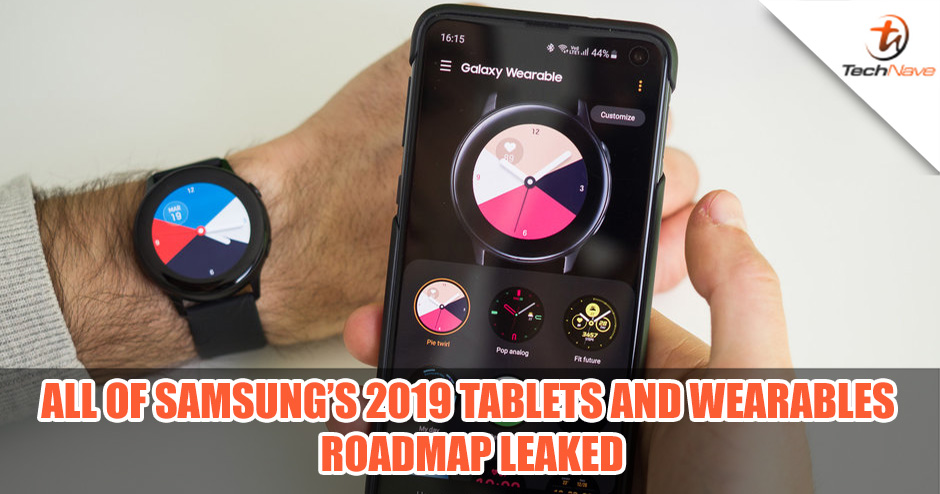 Samsung’s 2019 tablet and wearable roadmap was leaked, showing off what they have lined up for the rest of the year. If you’ve been curious to know what to save your hard earned bucks for a brand new Samsung device, you should read on!

From the leaked roadmap, it looks like Samsung is preparing to release three more tablets before the end of 2019. The Samsung Galaxy Tab S5 may be the higher spec variant of the earlier released Samsung Galaxy Tab S5e which looks like it may be released on the 3rd quarter of 2019 with rumoured tech specs like the Snapdragon 855 chipset, 6GB RAM + 512GB internal storage. Besides that, the Samsung Book 3 will be launching in the same quarter as well with tech specs that include a 12 inch Super AMOLED display, 4GB RAM + 128GB storage. The final tablet will be the Samsung Tab Active3 which is a product made especially for the B2B segment and there’s been no word on any tech specs or features for this device so far. 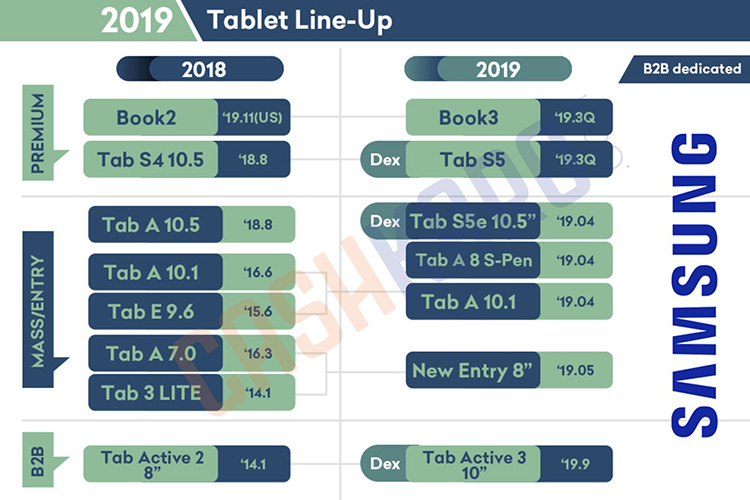 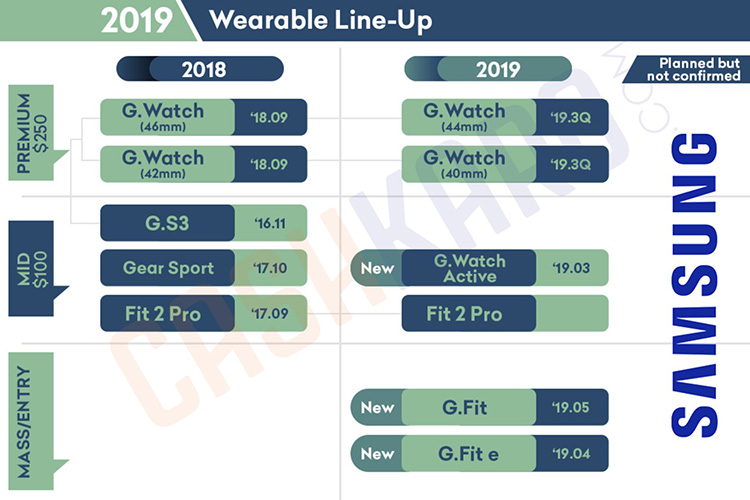 Samsung's wearable line up for 2019

In addition to these, Samsung will be launching the Samsung Galaxy Note 10 on the 7th of August. As the Samsung Galaxy Watch 2: 40mm is due to come out in the same month, we can safely assume that the device would be launched alongside the smartphone. So, are you eyeing any of the upcoming devices? Keep up with the latest Samsung news on TechNave.com!