Current Location: Home > News > Here are the most tweeted hashtags of 2020 in Malaysia

Here are the most tweeted hashtags of 2020 in Malaysia 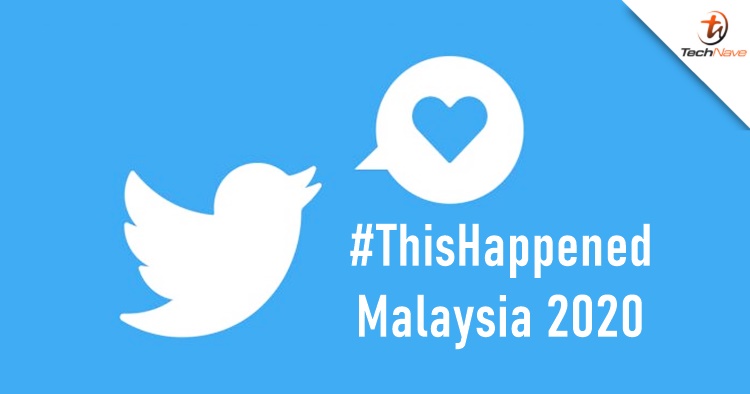 As 2020 is coming to an end, we look back at some of the trending hashtags made in Twitter by our lovely Malaysian people. So far, we got to know about the most tweeted hashtags of 2020 in Malaysia, including local celebrities and K-Pop groups.

First up, it came to no one's surprise that #covid19 and #dudukrumah are the most tweeted hashtags in Malaysia, which happened the same thing for Twitter globally with over 400 million hashtags. It's worth noticing the #newprofilepic is a reference to the Facebook Avatar that happened a few months ago, whereas #itsokaynototbeokay is the recent popular K-drama series your friends were talking. Interestingly, #acnh is actually Animal Crossing: New Horizons which made it on no.9 and proved to be one of the most popular video games for Malaysians during the lockdown. 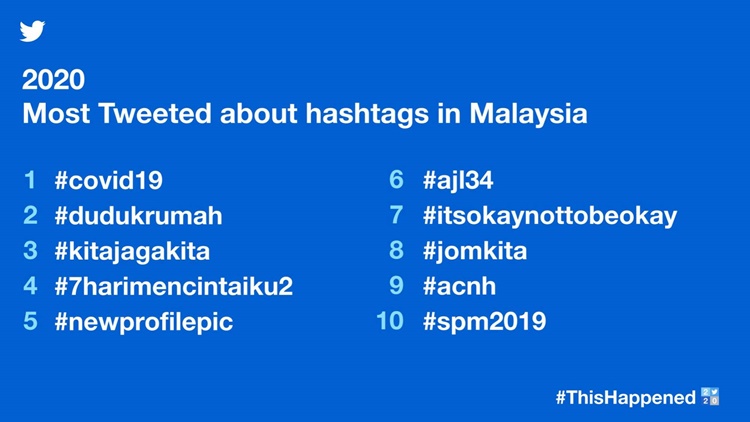 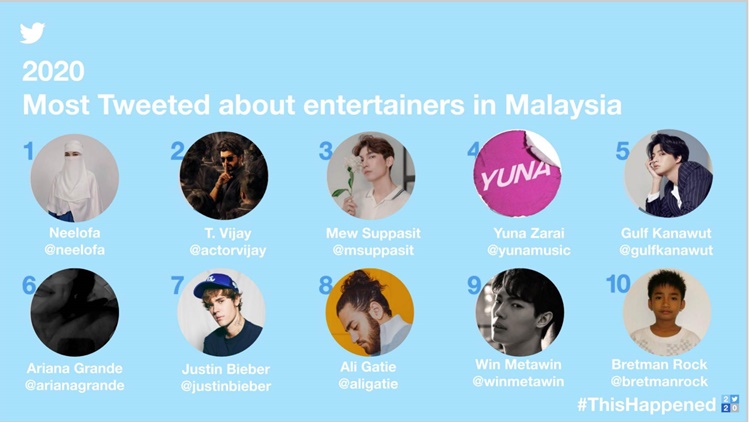 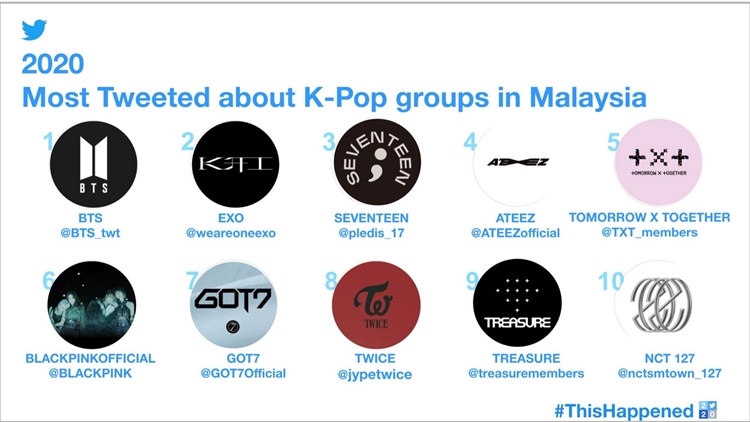 On the other hand, Neelofa holds the most tweeted celebrity in Malaysia as she continues to rise in popularity. Yuna is also getting popular as she got no.4 and there are other international artists with the likes of Ariana Grande and Justin Bieber. Then in the K-Pop category, it's no surprise to see BTS in first placing which by the way, are also recognized as Twitter's Most Tweeted Accounts, Musicians and K-Pop Accounts of 2020 altogether.

While Twitter may not be as popular as Facebook and Instagram in terms of social usage, but it's still a platform where people find first-hand news and happenings around the world. We also noticed the rise of Malaysians using Twitter more than before over the past 5 years. Do you use Twitter? Why and why not? Let us know in the comments below and stay tuned for more trending tech news at TechNave.com.