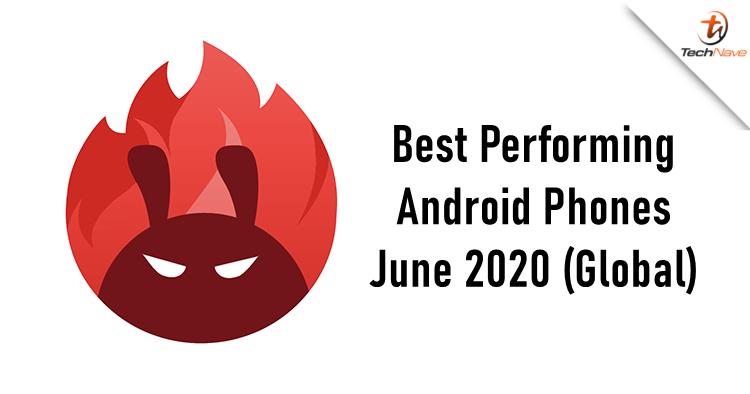 Update - This list has been updated with the global version as the previous one was exclusive to the China market, some of the phones from the old list aren't available outside of China

Can you believe it? We are already in July and it has been a bizarre year for all of us. Despite that, the smartphone industry still continues to strive for perfection and AnTuTu just posted the Top 10 Best Performing Android Smartphones of June 2020 (globally) so far.

According to AnTuTu's list, we are surprised to see the OPPO Find X2 Pro taking the top spot with 608049 points. The OnePlus 8 Pro came super close as well in second place with 597053 points despite having the same Snapdragon 865 chipset and 12GB of RAM, then for the third place, it's the Redmi K30 Pro with 587493 points. If you look closer at the chart, the top 8 Android phones are using the same chipset, whereas the Galaxy S20 Ultra 5G and Galaxy S20+ 5G are using the Exynos 990 chipset (which is weird, because these two phones also have the Snapdragon 865 unit as well and should appear here). 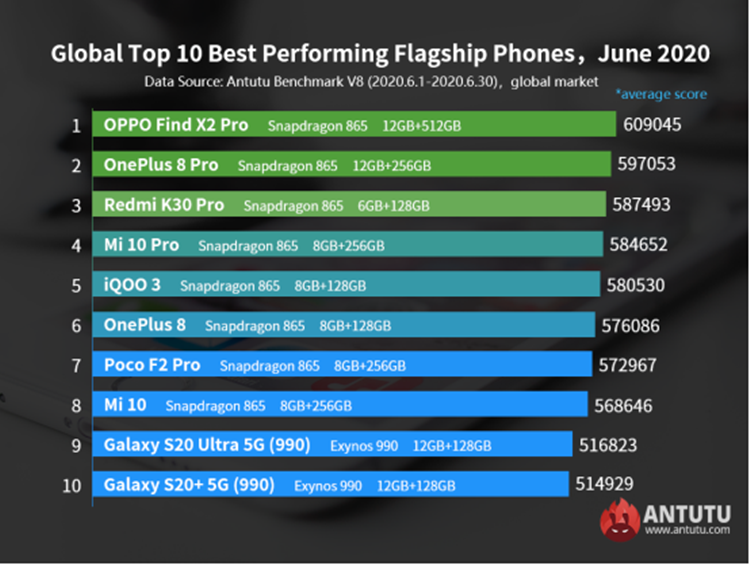 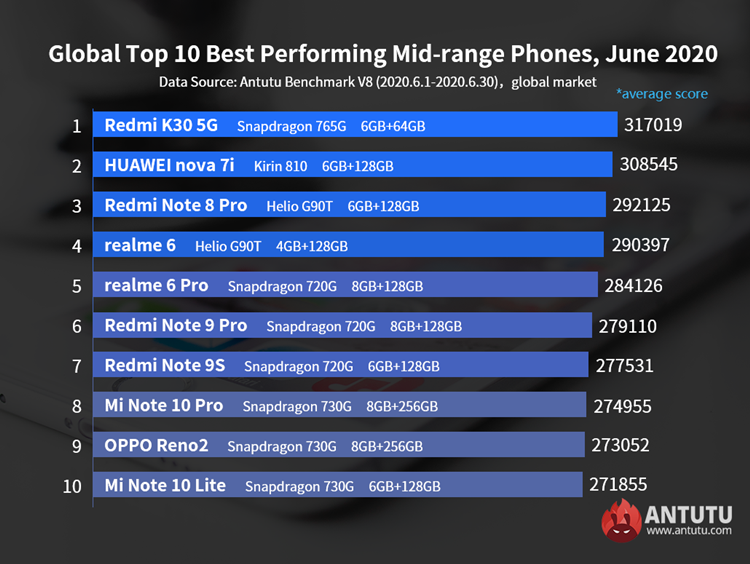 Besides the Android flagships, AnTuTu also released another chart for Android mid-range tier devices as well. The Redmi K30 5G takes the first spot with 317019 points, followed by the Huawei nova 7i with 308545 points using a Kirin 810 chipset. Finally, the third spot belongs to the Redmi Note 8 Pro with a MediaTek Helio G90T chipset scoring 292125 points.

Pretty soon, there will be a new chipset variant which will be introduced on the ASUS ROG Phone 3. If you've guessed it, it's none other than the Snapdragon 865+ and we are really looking forward to it. Did any of your favourite phones make it in AnTuTu's chart? Let us know in the comments below and stay tuned for more trending tech news at TechNave.com.