Current Location: Home > News > Here's a sneak peek of Android 12 and it's a major upgrade 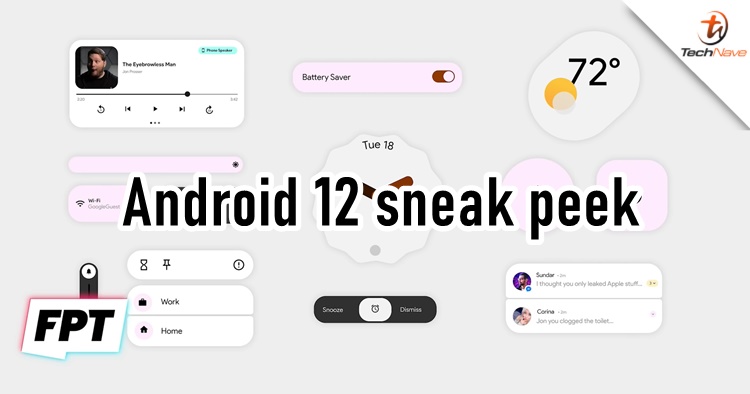 Android 12 is just around the corner (pretty soon actually, on the 18th of May in the US timezone) and we will definitely be waiting for that as Google will showcase it next week. However, Jon Prosser, a well-known leakster just posted a video about it on YouTube, as well as the Google Pixel 6 and Pixel 6 Pro.

According to Jon Prosser, he said that he was given a sneak peek by Google on what to expect Andoird 12. It will be a huge upgrade from Android 11 with a "beautiful new experience", stronger privacy and security protections. Google also wants Android 12 to make all your devices compatible as possible. 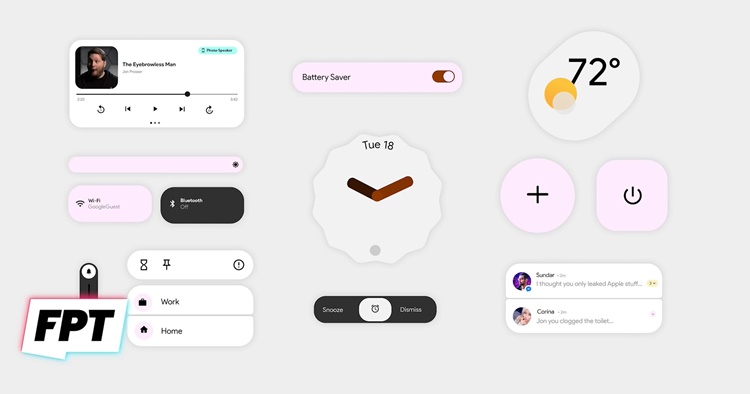 Google also showed Jon with a new user interface and widgets look that looks super clean a bit reminiscent of iOS. You can also see a new widget that's dedicated to snoozing or dismiss an alarm clock (lol), a new weather widget that looks a lot better and new stacked notification.

There's also an Android 12 video teaser shown in the YouTube video below (at the 6.30-minute mark) which looks really good. For one, there's a new time + notification bubble hanging out on the top left. If you pull that down, it will reveal all the messages that you have missed. You can even enlarge an image and the calculator, because why not?

Android 12 does look promising but we will have to wait and see from Google's official showcase. Jon did mention the Pixel 6 and Pixel 6 Pro but you can read about it from our news report here. Stay tuned for more trending tech news at TechNave.com.