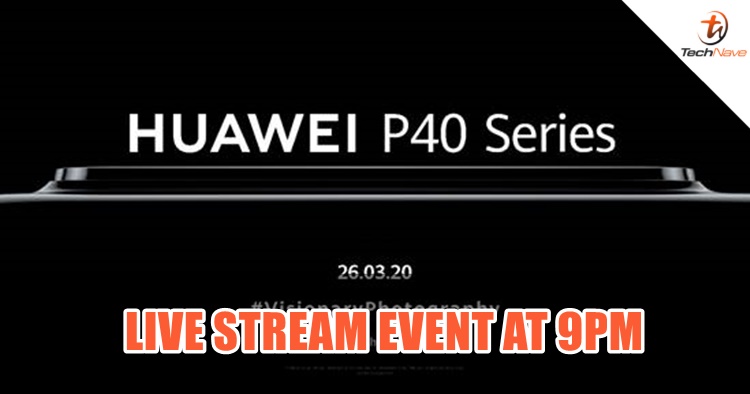 For this week's upcoming tech highlight, it will be Huawei's turn to showcase the new P40 series smartphones. As some of you may already know, the company is hosting a live stream event on 26 March 2020 (Thursday) at 9PM (GMT+8) on their official Facebook page and YouTube channel.

So what can we expect from the Huawei P40 series? From the rumours, we have gathered some information that there will be two variants as usual - the P40 and P40 Pro - featuring a Kirin 990 chipset and 5G connectivity support. There should be 3 memory variants for each model as well, starting with 8GB of RAM and starting from 64GB up to 512GB internal storage.

The camera setup is reported to be quite wild as well. Rumours have it that there will be a triple front camera and a penta rear camera. On the back, the P40 Pro might sport a 52MP + 40MP + 13MP and 2 telephoto lens (when 1 is not enough lol). A Time of Flight sensor should also be on board. The new P40 series will be presented by Huawei Consumer Business Group’s Chief Executive Officer, Richard Yu.

Besides that, the P40 series will probably be running on Huawei Mobile Services and the starting price could start at ~RM2491. But what do you think? And are you looking forward to it? Until then, stay tuned for our official Huawei P40 series coverage at TechNave.com.