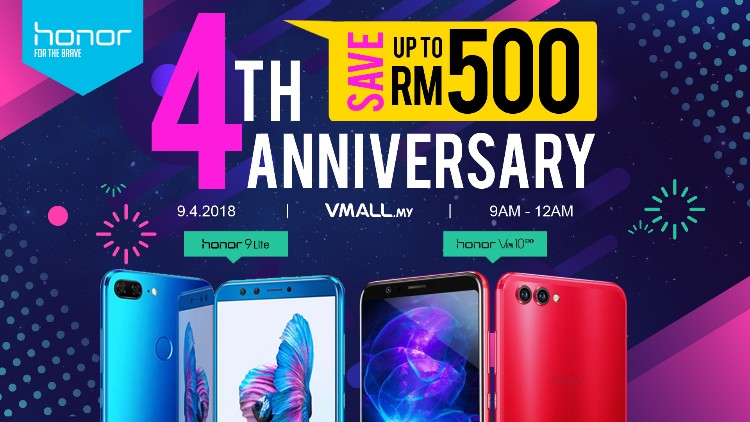 Honor Malaysia recently announced their 4th Anniversary sales in Malaysia with savings of up to RM500 across all their ecommerce platforms including 11street, Lazada, Shopee and VMALL. The sales will be available all day on 9 April 2018 but certain device deals will have specific times to get them as you can see below.

Check out the respective links below on 9 April and our coverage of the phones if you need help deciding: