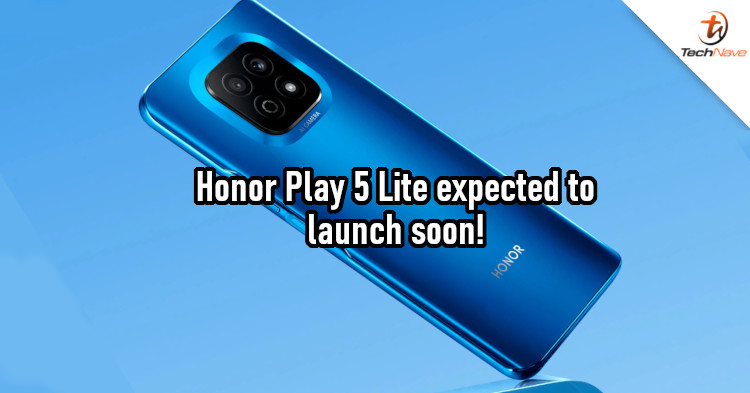 Back in May, Honor launched the Honor Play 5, one of the brand's lightest phones for 2021. It's a good-looking device with decent tech specs, including a quad-camera setup at the back and the Dimensity 800U chipset. Now, the company is readying a new variant.

According to Gizmochina, the Honor Play 5 Lite 5G (Vitality Edition) will launch on 25 October 2021. The phone is expected to come with the Dimensity 800U chipset, 8GB of RAM, and up to 256GB of internal storage. It should also have a 6.53-inch OLED display, a 3800mAh battery, and a 64MP main camera.

Honor could also launch other devices on the same day. One of them would be the Honor X20 Max that was previously rumoured. Interestingly, a Chinese tipster also suggested that the Honor X30 Max would launch soon. This device will allegedly use the Dimensity 900 chipset and will have a large 7.09-inch display.

Of course, we can't confirm any of the rumours. But the launch is next Monday, so we'll find out soon enough. Until then, stay tuned to TechNave.com for more news like this!