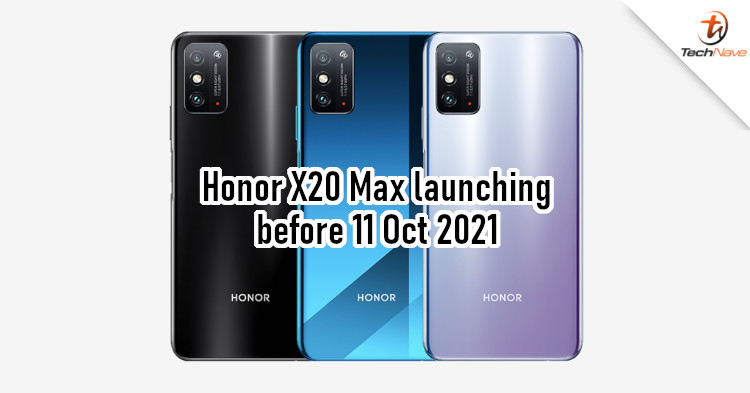 The Honor X20 made its debut in August, but that's not the end to the series. It was recently rumoured that the Honor X20 Max could launch next month. But now we have a better estimate of the launch window.

According to Digital Chat Station, the Honor X20 Max will be available before 11 October 2021. While the Honor X30 Max was mentioned, we're certain the source is referring to the Honor X20 Max instead. Anyway, the smartphone will allegedly feature a display that will be larger than 7-inch. It was also pointed out that manufacturing a screen of this size is expensive, so expect the price of the phone to be relatively higher.

Probably made a typo, it should be the Honor X20 Max

Based on a previous rumour, this phone screen is a 7.2-inch panel that supports RGBW colours and a 120Hz refresh rate. On top of that, the Honor X20 Max is expected to come with a MediaTek Dimensity 1100 chipset, 8GB of RAM, and 128GB of storage. Moreover, it will have a large 6000mAh to keep the large display going for much longer.

In our opinion, 7.2-inch is an awkward size for a phone. If you wanted larger screens, a tablet would honestly be a better option. But what are your thoughts on that? Let us know in the comments, and stay tuned to TechNave for more news like this.