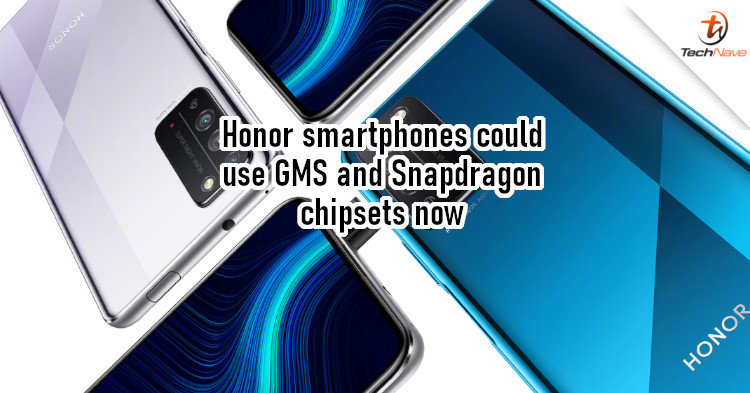 Now that the Honor has been sold to another new company, the brand will most likely start going through some changes to its operations. More importantly, we can expect its products to undergo some key changes as well. Here are a few points that are being speculated at the moment.

According to Gizmochina, upcoming Honor smartphones could get access to Google Mobile Services again. The good thing about this is that it would allow Honor smartphones to appeal to the global market once again. Of course, if you consider the trade war between the US and China, it's not a guarantee but the chances should be quite high.

Honor's Magic UI Android skin could see some changes too. It's currently similar to Huawei's EMUI, but different features could be introduced, especially with the next point in consideration. What's the next point? Possible widespread use of Qualcomm's chipsets, including the flagship ones. The component sanctions no longer apply to Honor, so we could see Honor phones start packing chipsets like the upcoming Snapdragon 875 or 775.

As a reminder, the above is merely speculation at the moment, so don't take us too seriously. Having said that, what do you think could happen now that Honor is linked to Huawei? Let us know in the comments below and stay tuned to TechNave.com for more tech news.