Huawei Malaysia took to Facebook and Twitter to tease their first in Malaysia pop up selfie camera smartphone. The 10 second video shows the pop up selfie camera which seems to be placed on the top left of the device. The tweet writes “Soaring, flYing & popping! Something new is rising. Get readY.”

The capital Y’s in the tweet hints that the device may be in the Huawei Y series family. In China, Huawei had launched their first ever smartphone with a pop up selfie camera which is the Huawei P Smart Z. Upon checking the Huawei global website, the same smartphone was listed as the Huawei Y9 Prime 2019 which we can safely assume is the model teased.

According to the website, tech specs of the device includes the Kirin 710F chipset, 4GB RAM + 64GB /128GB internal storage, a 6.59 inch TFT LCD display, a rear mounted fingerprint reader, USB type-C port and a 4000mAh battery capacity. For its camera, it comes with a triple rear camera setup with 16MP + 8MP (ultrawide) + 2MP sensors whereas the selfie camera nestled in the pop up mechanism is 16MP.

Design-wise, the device looks pretty good with slim bezels and a slight chin. The back looks like it comes with two different textures: The bottom is smooth and the top seems textured. The device comes in 3 colours which are Midnight Black, Emerald Green and Sapphire Blue. If you’re worried about the durability of the pop up camera, the company claims that the device is able to withstand pressure of up to 15KG, pop up 100000 times and stand against -20 to 60 degrees celcius temperatures.

It is unknown if the tech specs of the device that will be in Malaysia would be similar so do take this info with a tablespoon or two of salt. Huawei Malaysia has also not revealed the Malaysia release date or Malaysia price but we do know it is priced at SAR1369 (~RM1510) in Saudi Arabia which puts the device in Huawei’s mid-range devices. Are you excited for this device? Keep up with the latest Huawei news on TechNave.com! 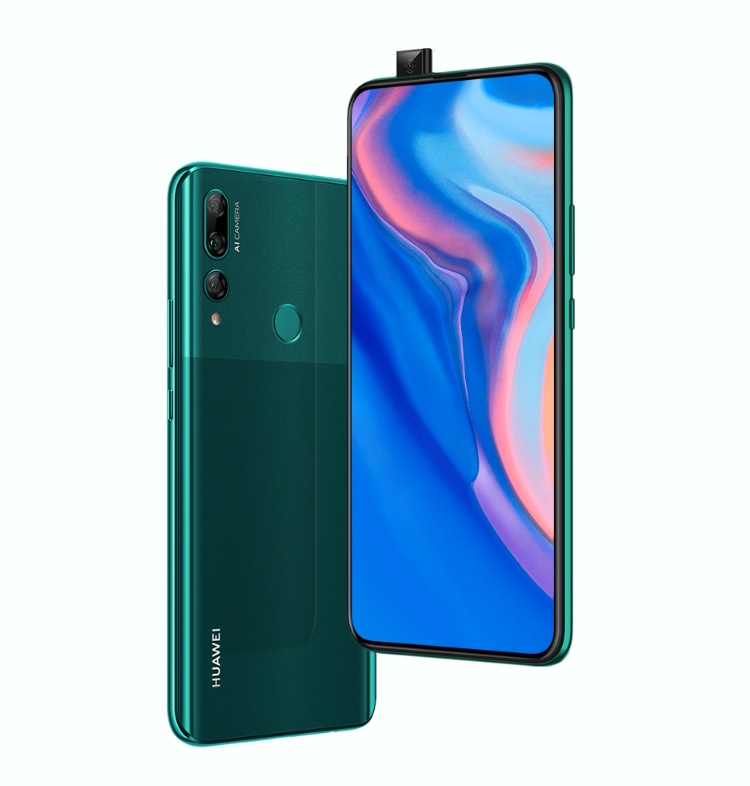