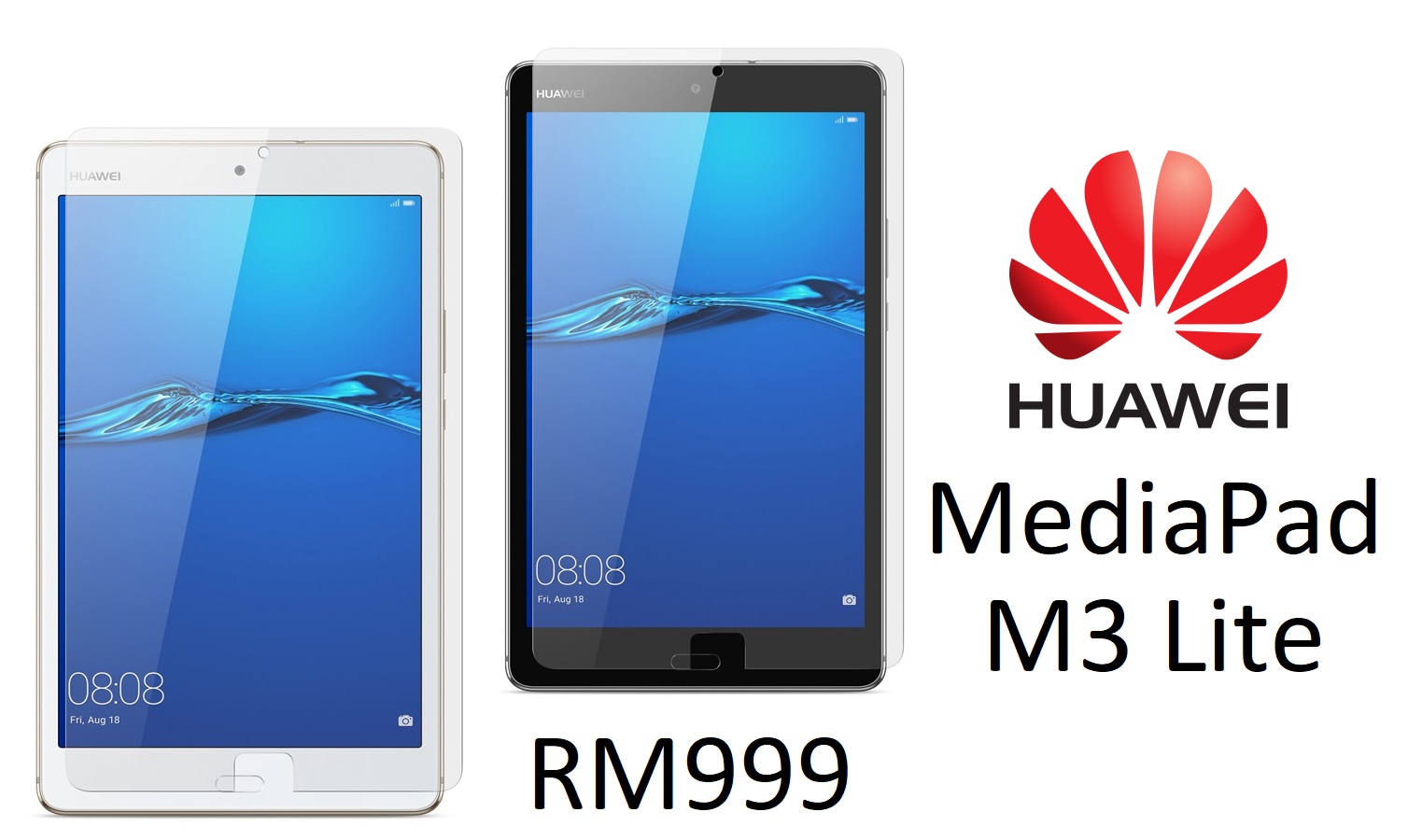 Coming soon on 13 October 2017, Huawei Malaysia will be releasing a new tablet called the MediaPad M3 Lite slated for just RM999 only. Coming in Gold and Space Gray, it will be on the shelves at every authorized Huawei stores nationwide and with every purchase, customers will find a complimentary leather casing in the box. Below is the official specification:

According to Huawei, the MediaPad M3 Lite's big 4800mAh battery can go on about 600 hours of standby battery life, 40 hours music playback time and 9 hours video playback time. Split Screen and Twin App are also on board, a nice addition for a tablet and it's even pre-installed with Microsoft Office 365 for free. Plus with the new ClariVu eyesight protection and dual Harmon Kardon stereo speakers and a dual smart PA chips delivering a rich, low distortion and immersive sound for the ultimate cinematic experience, which makes this tablet obviously deisng for entertainment purpose.

In addition, the MediaPad M3 price has dropped from RM1999 to RM1699 as well, but only from 13 October 2017 onwards which is its little brother's debut.