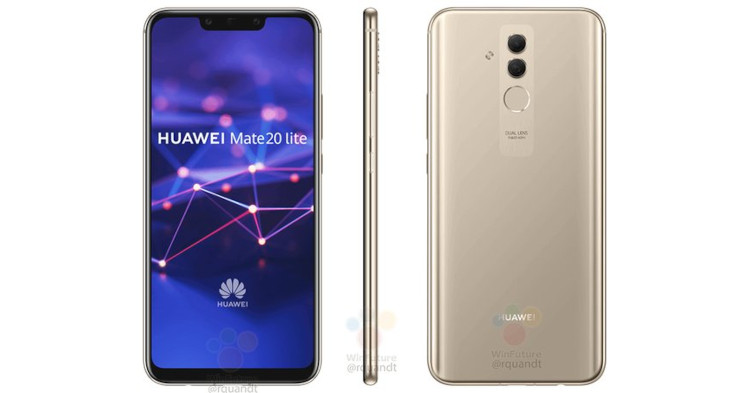 Images of the Huawei Mate 20 Lite leaked courtesy of WinFuture.de and @rquandt showcasing a notch at the top of the display and it is likely to be the cheapest of the Mate 20 variants. Similar to previously released Mate 10 series which consists of the Mate 10 and the Mate 10 Pro. The Mate 20 series is expected to release the same which is the Mate 20, Mate 20 Pro and the previously mentioned Mate 20 Lite.

Based on the source, the Mate 20 Lite is expected to ship with the new HiSilicone Kirin 710 chipset, 6GB of RAM and 64GB of internal storage. Other than that it also comes included with a large 6.3-inch display with a screen resolution 2340 x 1080 pixels, 20MP + 2MP rear camera, 24MP + 2MP front facing selfie camera and it is powered by a 3650mAh non-removable battery. The device is expected to cost about €400 however it is not known whether it is inclusive of VAT or not. For more updates like these, stay tuned to TechNave.com.