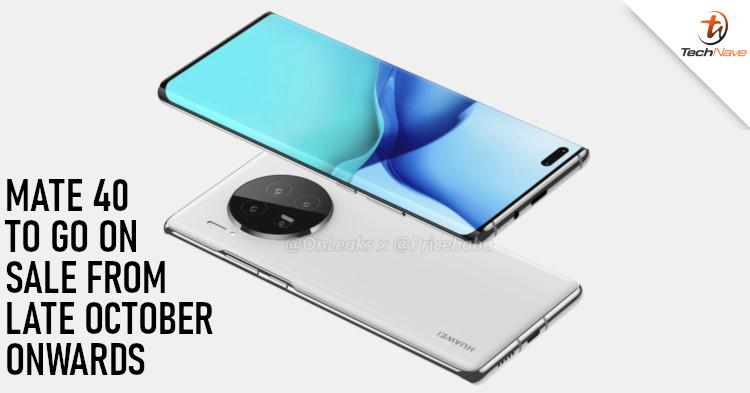 Based on a statement by PCOnline, it seems that the launch of the Huawei Mate 40 series is just around the corner because reports stated that the first batch of the series will go on sale from late October 2020 onwards. While not much is known in regards to the exact pricing of the new series, we do know that the series consists of smartphones such as the Mate 40, Mate 40 Pro, Mate 40 Pro Plus, as well as the Mate 40 RS Porsche Special Edition.

With all that said, do take some of the information with a grain of salt, due to the fact that Huawei has yet to provide an official statement on the leak. Would you be interested in getting the Huawei Mate 40 series as soon as it is available in Malaysia? Let us know on our Facebook page and for more updates like this, stay tuned to TechNave.com.