f Huawei Mate X has a dedicated button to unfold the display! | TechNave

Huawei Mate X has a dedicated button to unfold the display! 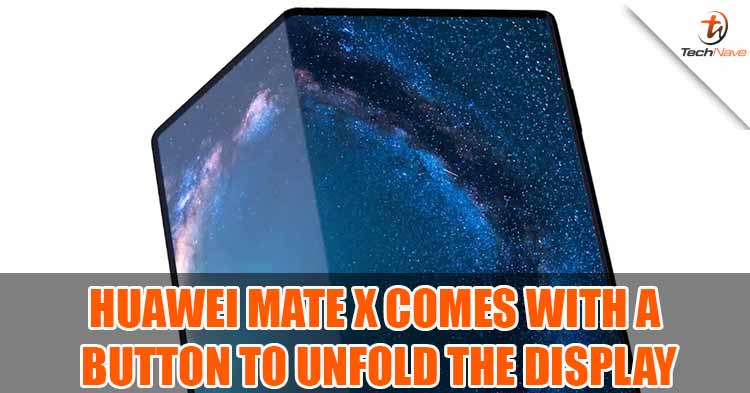 According to the unboxing video posted on Youtube, the screen will automatically pop out whenever you want to unfold the display by pressing the red button that is placed at the back of the device. Also, there will be a soft pouch that comes along with it that replaced the conventional phone casing that Huawei used for other devices.

It has a different folding mechanism from the Samsung Galaxy Fold, as the display works by folding outwards with having both screens exposed whereas the Galaxy Fold folds inwards that hides the display with a second display outside the screen.

The device may be expected to launch this month in China according to Huawei Business Group Chairman Richard Yu. As we have no official information on the tech specs of the device, so do take this as a pinch of salt and stay tuned for more updates on TechNave.com!