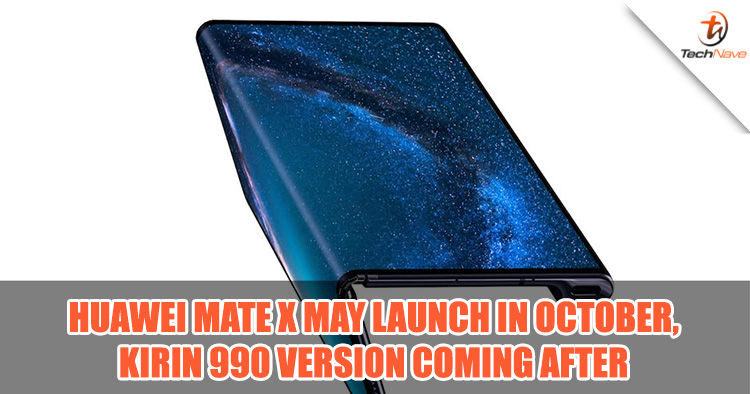 The Huawei Mate X was delayed to launch with many questioning when it will be announced. Thankfully, your answers have been answered as the device has been slated to launch this October, according to Huawei Business Group Chairman Richard Yu.

To make things more interesting, he also shared Huawei’s plans of launching an improved version of the Mate X after the vanilla variant’s launch. The device may feature the brand new Kirin 990 and Kirin 990 5G chipsets.

If you’re now more interested in getting yourself the upgraded version of the device, you may be in for a long wait. The device will only be hitting market several months after the original is out. Which version of the Huawei Mate X do you prefer? Keep up with the latest Huawei news on TechNave.com!