Current Location: Home > News > Huawei Mate X will have upgraded camera and specs such as the HiSilicon Kirin 990 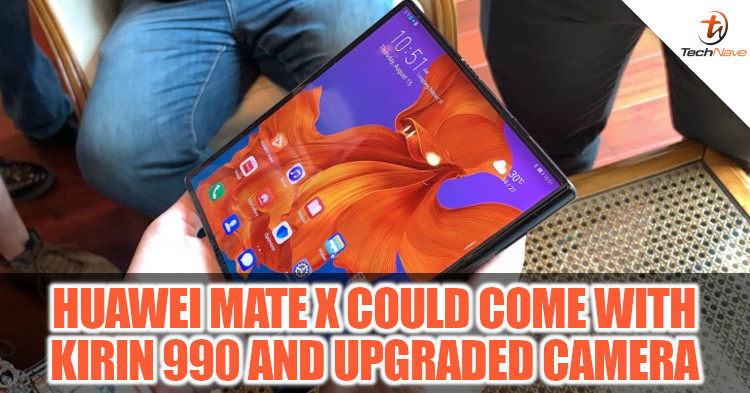 Based on a statement by GSMArena.com, the Huawei Mate X foldable smartphone which was delayed will feature upgraded specs such as the HiSilicon Kirin 990 chipset. Not only that, it was reported that the foldable device is coming with the same camera configuration as the Huawei P30 including the RYYB sensor which allows for better low light performance by increasing light sensitivity by up to 40%.

There shouldn’t be any difference when it comes to the physical design of the smartphone. However, don’t be surprised when Huawei throws a curveball at us and unveils something totally new during the Mate X’s launch. As of now, there is no official news as to the official Malaysia release date as well as pricing for now.

Would be interested in owning the Huawei Mate X foldable smartphone? Let us know on our Facebook page, and for more updates like this stay tuned to TechNave.com.