Today, Huawei Malaysia has announced that they will be releasing a new MateBook D 15 variant on 18 January 2020. Slated for RM2499, it will be available in Mystic Silver. It should be noted that Malaysia will be the first market outside of China to get the laptop.

Similarly to the previous models' design, the MateBook D 15 is compact and features a 15.6-inch Fullview display with ultra-thin bezels of just 5.3mm only. Using a 16:9 ratio and FHD support, the laptop also supports Multi-Screen Collaboration which is great for people who are looking into productivity, as long as they have a Huawei smartphone that supports it with the latest EMUI 9.0 OS. This allows owners to drag files from one user interface to the other to transfer files, and view the contents saved in the smartphone directly on the laptop without switching. 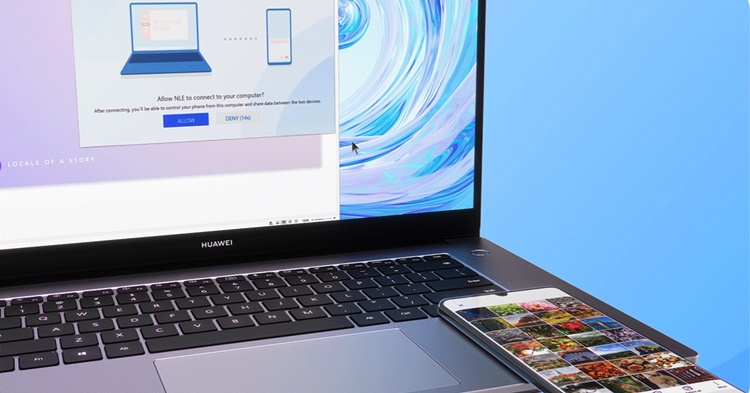 For the internal tech specs, the laptop sports a 12nm AMD Ryzen 5 3500U processor, AMD Radeon Vega 8 Graphics, up to 16GB of dual-channel DDR4 memory, 256GB SSD and 1TB HDD space (with G-sensor, which safeguards the data). There are plenty of ports too with 3 USB ports (1x USB 3.0 and 2x USB 2.0), a 3.5mm headset jack, and a HDMI port. There is also a new HUAWEI Shark Fin Fan version to handle the heat and the battery is supported by a 65W USB-C charger and a USB-C.

As mentioned, the MateBook D 15 will retail at RM2499 with the following standard configuration of 8GB of RAM, 256GB SSD and 1TB HDD. For more information, you can visit the Huawei online store right here.