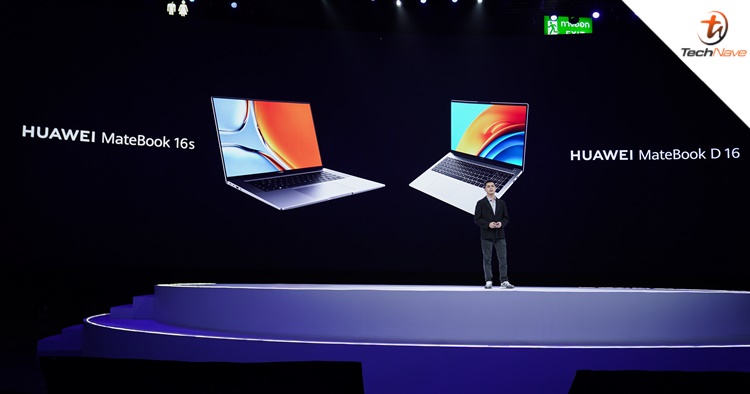 Today, Huawei launched two new laptops and the MateBook series isn't a stranger to most tech consumers. The MateBook D 16 and MateBook 16s have been launched at the HUAWEI APAC Smart Office Launch 2022 and the starting price is RM3699.

As the name suggests, it features a 16-inch FullView display alongside a 90% screen-to-body ratio and a 16:10 aspect ratio. Weighing at just 1.7kg, the MateBook D 16 is powered by the 12th Gen Intel Core H- Series Processor that runs on up to -i7-12700H, a TDP of up to 40W, dual channel RAM and a high-speed SSD. It's also said that there is a Metaline Antenna technology that boosts weak WiFi signals by 55%, as well as a new Huawei Shark Fin Fan cooling system to help cool down the laptop. 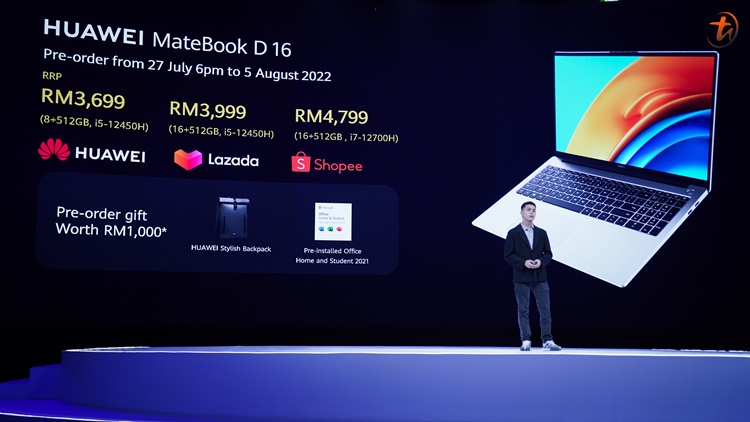 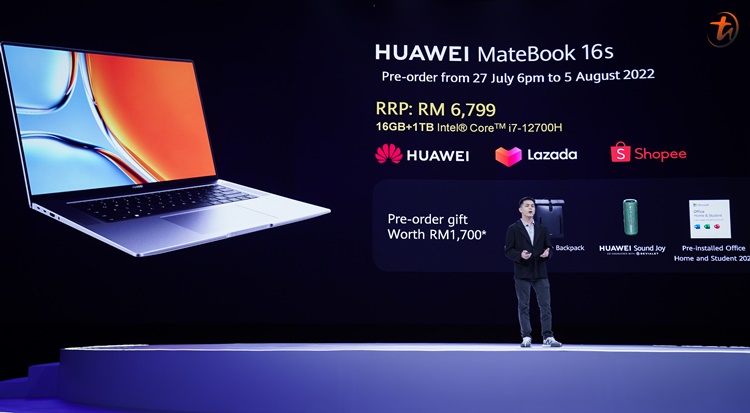 On the other hand, the MateBook 16s features the same 12th Gen Intel Core Processor up to i7-12700H and 16-inch FullView display. The GPU is an Intel Iris Xe Graphics only and its aspect ratio is 16:9. Both laptops still can still multi-device collaboration as long as your device is compatible with other Huawei products.

In terms of prices, below are the details you can refer to:

Both models can be found and purchased on the Huawei Official Online Store, Shopee and Lazada. If you purchased the MateBook D 16, you can get a backpack and a pre-installed Office Home & Student 2021, whereas the MateBook 16s customers can bring home the same freebies with an extra Sound Joy speaker. The freebies are eligible before 6 August 2022.