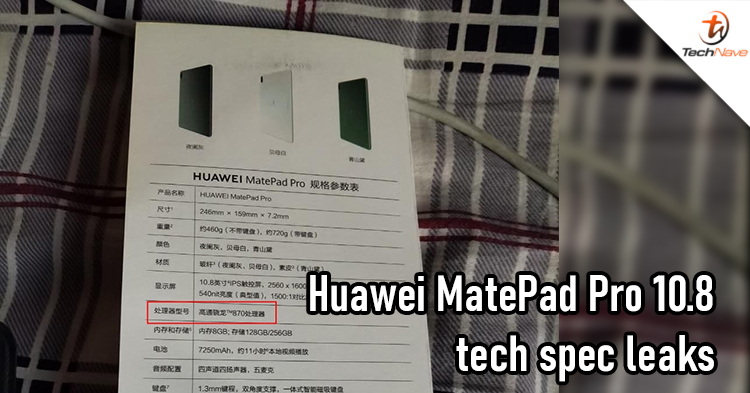 A few days ago, Huawei has been teasing some tech features online and it will be unveiled on 2 June (tomorrow!). Here, we found some Huawei MatePad Pro 10.8 (the upcoming MatePad Pro might be named after the sizes instead of MatePad Pro 2) tech specs leaks before it is launched.

According to sources, the device could come with a 10.8-inch IPS display, 8GB of RAM, and 128GB or 256GB of internal storage. It is powered by Kirin 870 chipset and a 7250mAh battery. As for the cameras, it sports an 8MP selfie snapper and 13MP rear camera. On the other hand, it also features 4 speakers, 5 microphones, runs HarmonyOS 2, and supports the Huawei M-Pen 2. 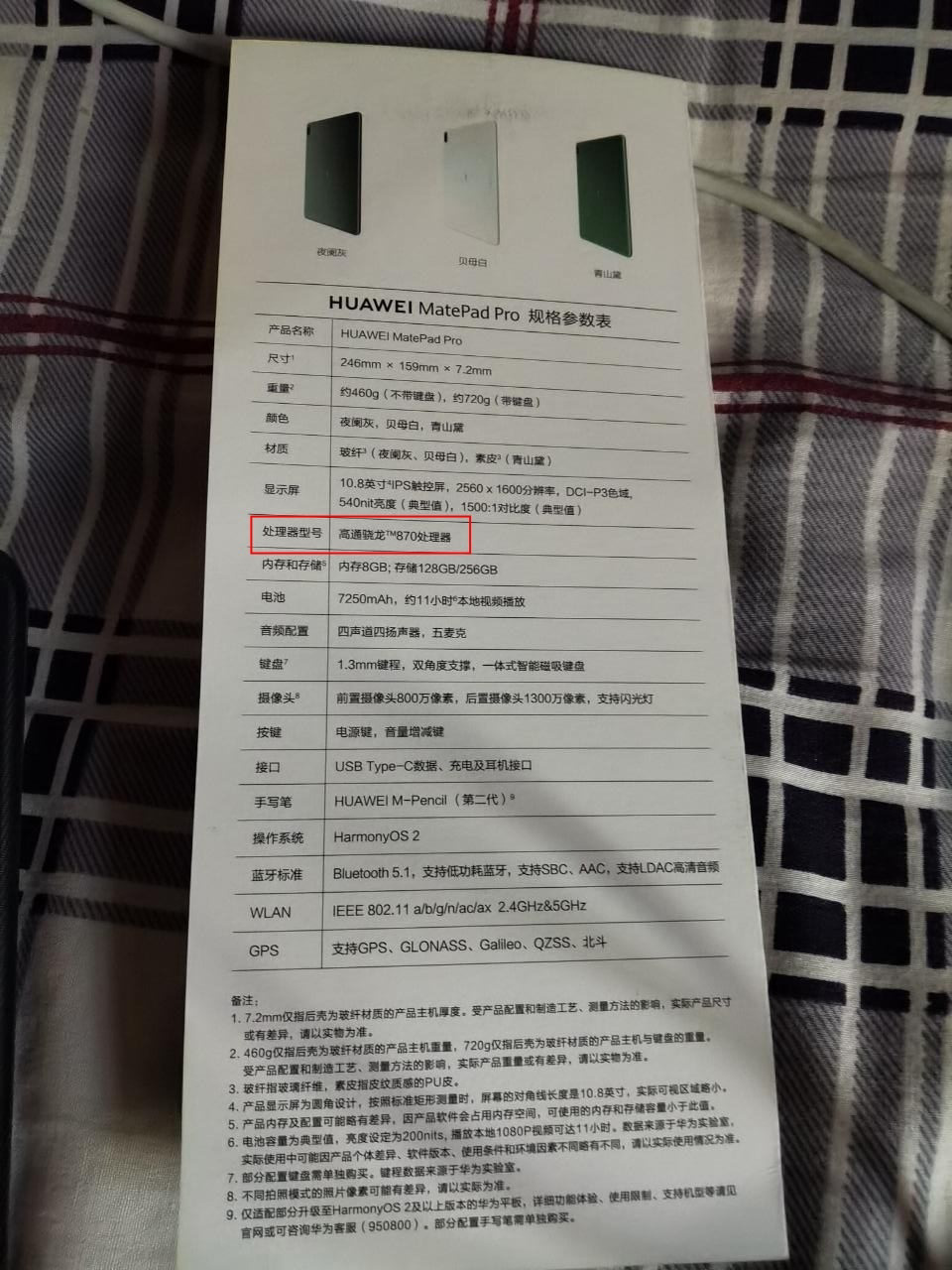 The tech specs of the Huawei MatePad Pro 10.8

Besides that, the company might also release other gadgets at the event such as Huawei Watch 3 and AI speaker. Huawei fans, are you excited about the upcoming Huawei MatePad Pro? Let us know in the comments below and be sure to stay tuned for more tech news on TechNave.com.