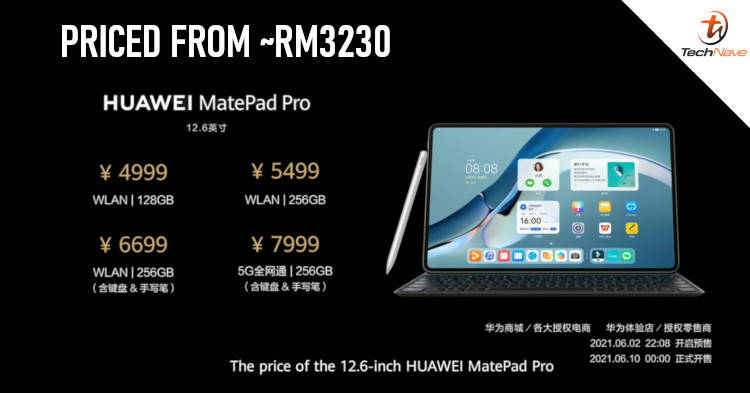 Other than the Huawei Watch 3 series, Huawei also unveiled the Huawei MatePad Pro starting from the price of RMB4999 (~RM3230) while the 5G capable variant is priced at RMB7999 (~RM5169). Not only that, but Huawei also mentioned that they have revealed a new and improved M-Pencil priced at RMB599 (~RM387) that is a lot more rounded, and the nib is coated in platinum which provides better performance and durability.

In terms of the tech specs, the tablet is equipped with the Kirin 9000E chipset, 12.6-inch 90% screen-to-body ratio display, up to 256GB of ROM, and a huge 10050mAh internal battery. The tablet also comes with a triple rear camera setup consisting of a 13MP sensor, as well as a wide-angle sensor and depth sensor. Other than that, the tablet comes with powerful speakers located around the corners of the tablet that provides an immersive hearing experience regardless of where the tablet is placed. Since it’s running on HarmonyOS, it’ll have access to the majority of the apps found on the Huawei AppGallery.

Furthermore, downloading those apps is going to be a breeze because the tablet also supports Wi-Fi 6+. Other than that, the tablet will support various accessories including a smart cover, as well as a smart keyboard cover that’s priced at RMB249 (~RM160) and RMB799 (~RM516), respectively. On another note, Huawei also unveiled a smaller 10.8-inch MatePad variant that's equipped with a Qualcomm Snapdragon 870 chipset instead from the price of RMB3799 (~RM2455). 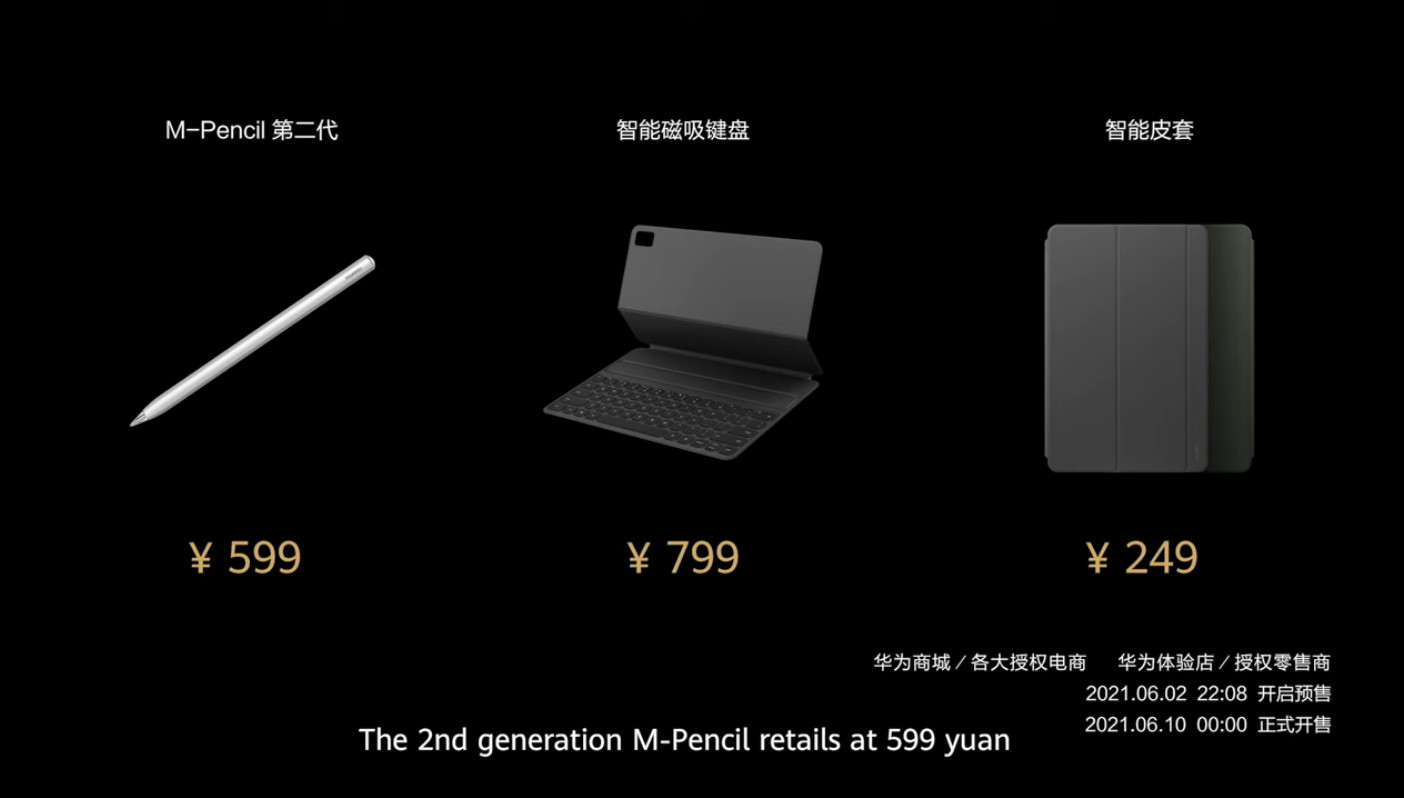 With all that said, would you be interested in getting the Huawei MatePad Pro that comes with HarmonyOS pre-installed? Let us know on our Facebook page and for more updates like this, stay tuned to TechNave.com.