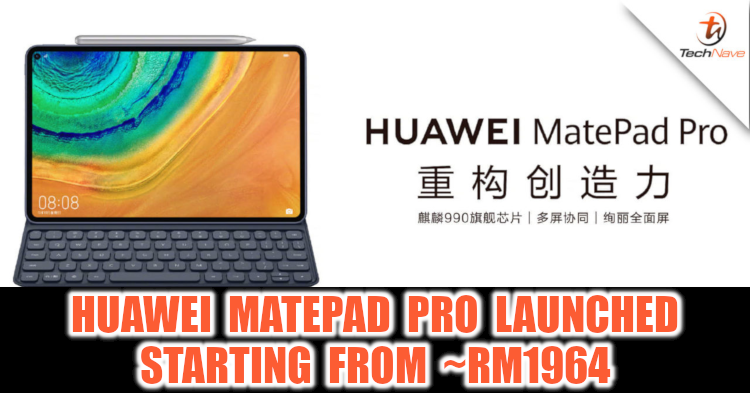 Earlier today, Huawei has officially announced the Huawei MatePad Pro starting from the price of RMB3299(~RM1964), and it is the first tablet to come with wireless charging capabilities. In terms of the price, the cheapest variant which comes with 6GB of RAM and 128GB of internal storage will be priced at RMB3299(~RM1964) while the 8GB RAM and 256GB ROM are priced at  RMB3999(~RM2380).

The LTE capable models, on the other hand, will set you back about RMB3799(~RM2262) and RMB4499(~RM2679) for the 6GB RAM + 128GB ROM and 8GB RAM + 256GB ROM respectively. As for the tech specs, the Huawei MatePad Pro comes equipped with a Kirin 990 chipset, memory configurations as mentioned above as well as a 10.8-inch 2K QHD Rheinland certified display. 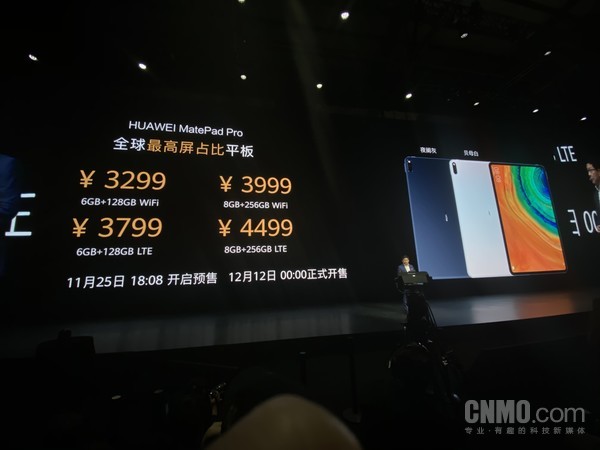 But that’s not all, the Huawei MatePad Pro is also supports the Huawei M-Pen stylus which supports up to 4096 levels of pressure which is suitable for those who like to draw on the go. Other than that, Huawei also unveiled the Huawei Sound X which comes with two 3.5-inch subwoofers as well as 6 1.5-inch speakers arranged all around the unit for the price of RMB1999(~RM1189).

As of now, there is no official news on the Malaysia release date and the local price of all the Huawei products mentioned above. Would you be interested in getting the tablet or the speakers? Let us know on our Facebook page and for more updates such as the when the products will be available in Malaysia, stay tuned to TechNave.com.