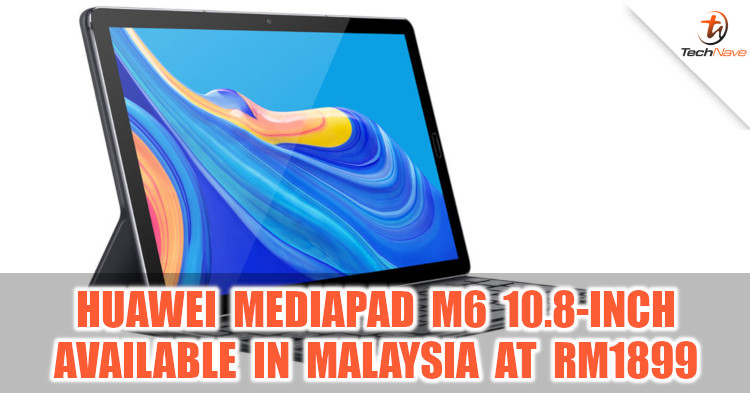 Huawei Malaysia has officially announced that the Huawei MediaPad M6 10.8-inch variant will officially be available in Malaysia from 20 December 2019, and it is priced at RM1899. If you purchase the aforementioned tablet via Huawei’s official website, you’ll be eligible for RM568 worth of free gifts such as the M-Pen Lite and a smart leather case.

Feature-wise, the MediaPad M6 features a quad-channel and quad stereo speaker sound system which is tuned by Harmon Kardon to give you the best listening experience possible. It also comes with EMUI 10 pre-installed and it supports the M-Pen Lite Stylus as well as magnetic keyboard, allowing you do work on it as if it was a desktop PC. 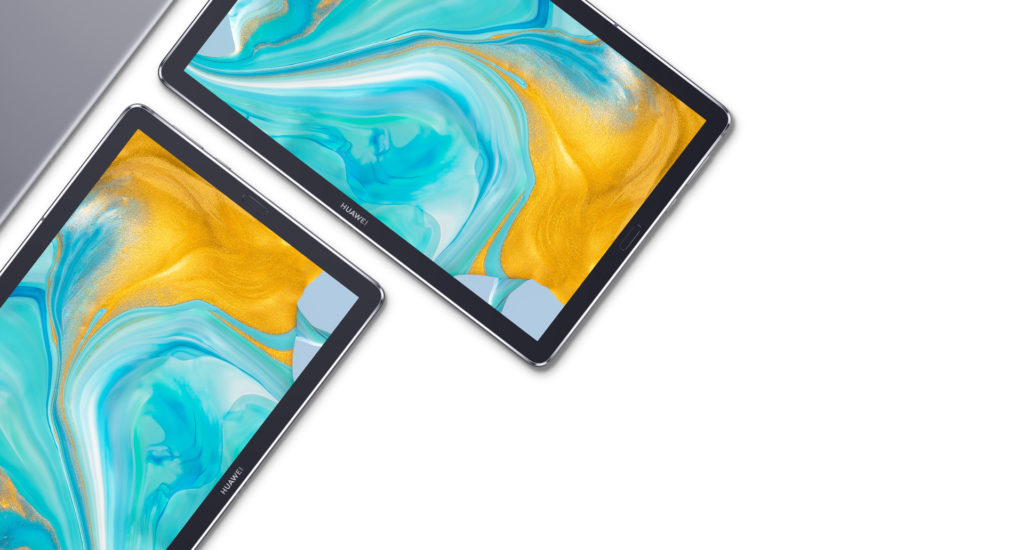 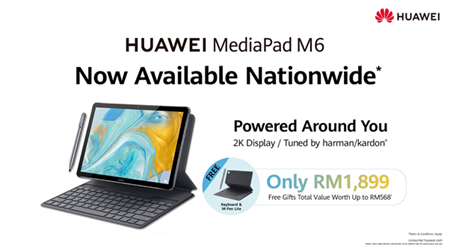 Would you be interested in getting the Huawei MediaPad M6 on 20 December 2019? Let us know on our Facebook page and for more updates like this, stay tuned to TechNave.com.