Current Location: Home > News > Huawei Nova 2i can now be updated to EMUI 8.0

Huawei Nova 2i can now be updated to EMUI 8.0 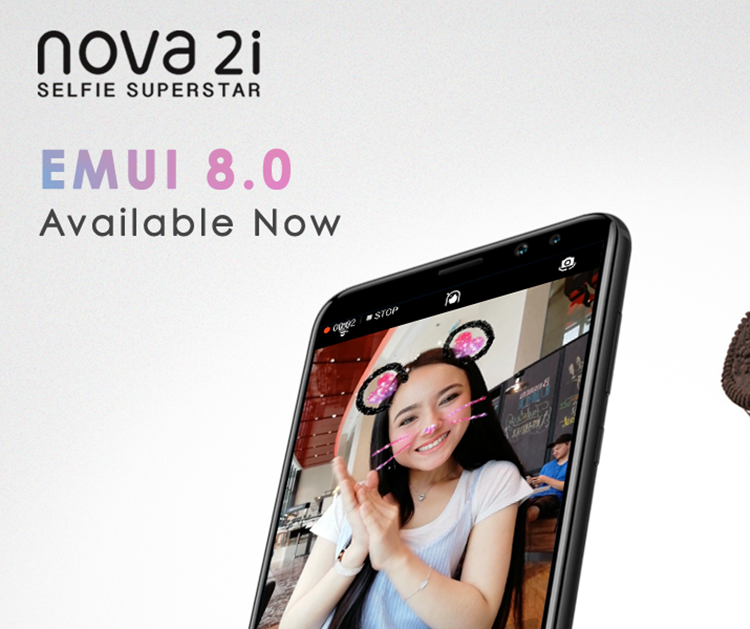 In case you haven't heard, the Huawei Nova 2i can now update to the latest EMUI 8.0 following the beat testing that was held in March last month. Users can go to the system update and download the software via over-the-air anytime. Below are some of the new features.

First up, EMUI 8.0 can now predict users' intentions and provide recommended functions to improve their smartphone's efficiency. One such feature is the navigation dock which allows users to place the home button freely on the screen along with the shortcut dock. Users can also launch a shortcut menu, drag and drop to create a desktop shortcut for convenience.

It's also said that the EMUI 8.0 can now allocate CPU memory to apps that are frequently used for a smoother smartphone usage. This will reduce fragmentation and the low memory management will be compressed for more space. On top of that, the update enables users to get started on one’s favourite tasks more quickly with 2x the boot speed when powering up and view two apps concurrently.

The Nova 2i is now retailing at RM1099 and features a 5.9-inch FullView display, quad-camera, a Kirin 659 chipset, 4GB + 64GB and much more. Stay tuned for more Huawei news at TechNave.com.