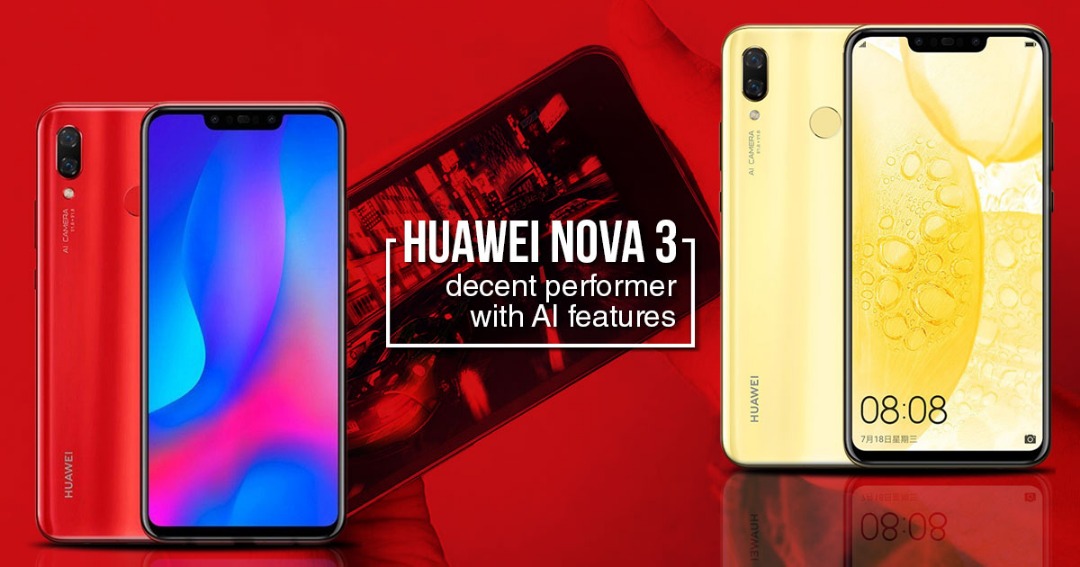 The Huawei Nova 3 is equipped with the HiSilicon Kirin 970 with embedded NPU to help with AI Photography as well as various AI functions available in the phone. Not only that, the device is also equipped with a more than capable camera filled with various features to further stylize your pictures.

Putting the Huawei Nova 3 through various benchmarks such as the Antutu Benchmark which it has managed to score 208878 points, ranking it at 26th place on the list. 3D Mark on the other hand, the device scored 2916 on OpenGL ES 3.1 and 3148 on Vulkan. CPU-Z showcasing the Hardware of the Huawei Nova 3 Running the device through real world benchmarks using the GameBench monitoring utility, Other than the occasional stutters while loading the game, Asphalt 9 and PUBG Mobile ran smoothly with no frame drops during gameplay.

Based on the benchmarks above, the Huawei Nova 3 is a decent performer when it comes to mobile gaming as well as general tasks. For the price RM1919, I would say that the Huawei Nova 3 is a great general use phone that is feature filled, has AI and also fashionable. You can get the Huawei Nova 3 at any Huawei Official Stores, authorized dealers as well as Huawei’s official website. For more updates like these, stay tuned to TechNave.com. You can check out the video test of both PUBG Mobile and Asphalt 9 below.