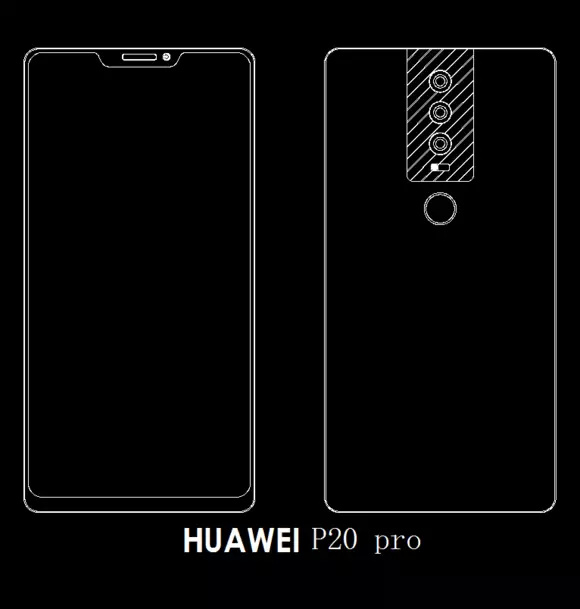 Over the years, we have seen Huawei P series becoming a fan favourite for many tech geeks because of the camera, especially starting with the P9, followed by the P10. Naturally, we would assume P11 is the next big thing this year but that doesn't seem to be the case, as according to a new leaked source from China, the next generation is going to be called P20.

As you can see in the image above, there could be three variants namely the standard P20, a bigger P20 Plus and a premium P20 Pro, and get this - each phone is said to carry three cameras on the rear! You probably have heard this already at the end of 2017, but the reports are surfacing more often that we are beginning to think it's the real deal, the rumour of having 40MP on the triple camera setup seems a bit far-fetched, though.

Other than that, a new 5x hybrid zoom will be the new improvement from the predecessor (2x) and the triple camera sensors will be positioned differently. We can also expect the phones to feature a Kirin 970 chipset, up to 6GB of RAM, at least 64GB of internal storage and Huawei is still keeping the fingerprint sensor at the front (P20, P20 Plus) and back (P20 Pro).

Lastly, the new P20 series is likely to appear at the MWC 2018 at the end of February just like the P10 series. Are you excited about it? Let us know in the comments below and welcome back to our daily tech news this year, stay tuned for more Huawei news at TechNave.com.