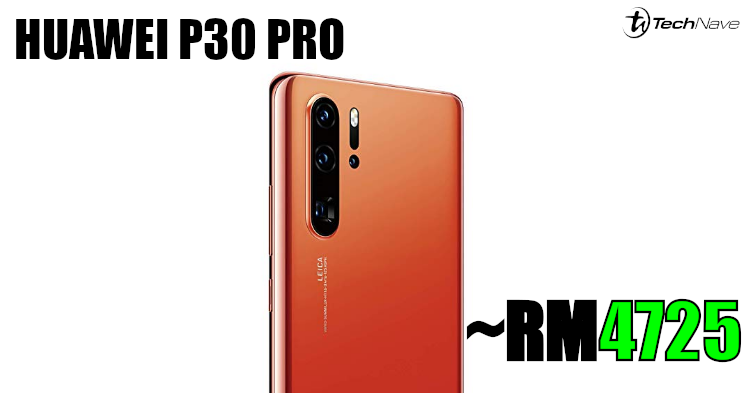 Amazon Italy accidentally leaked out the pre-order price of the Huawei P30 Pro not too long ago, starting from the price of 1024 Euros(~RM4725). The listing, which was quickly taken down, also revealed what could be the tech specs and features that the device will come shipped with.

However, it did reveal a new colour variant called Sunrise Red which is rather unique considering that previous colour schemes were not as vibrant at this. Based on what we know so far, the Huawei P30 Pro is expected to come with Huawei’s latest HiSilicon Kirin 980 chipset, 8GB of RAM, up to 512GB of internal storage which is expandable via Huawei’s propriatory nano-memory card, 6.47-inch display Dual Edge AMOLED Display with waterdrop notch and an in-display fingerprint sensor, 40MP + 20MP + 8MP rear camera, 40MP front-facing selfie camera, and lastly, 4200mAh non-removable camera.

Do take every bit of information with a grain of salt, as Huawei has yet to release an official statement about it. so stay tuned to TechNave.com for more updates like this.