By now, you all should have heard about the brand new Huawei P20, P20 Pro and the Porsche Design Mate RS smartphone. While all that was happening last night, Huawei released another device secretly called the Y7 Prime (2018) in China and here's what we know about it. Below are the official tech-specs and features.

Similarly to the Nova 2 lite, it shares a lot of similarities especially the blue model variant. Let's start with the processor, it's running on an octa-core Qualcomm Snapdragon 430 processor, with 3GB of RAM and 32GB internal storage. It even has a dedicated microSD card slot so that's a triple SIM card feature ready for users. On the front, it contains a large 5.99-inch display with a screen-to-body 18:9 aspect ratio, but the resolution is capped at 720p. 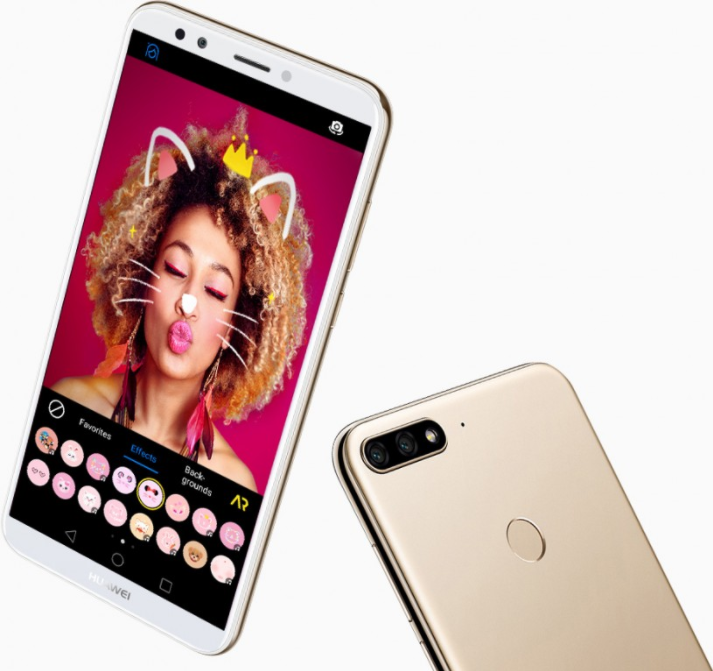 The front camera isn't too shabby with an 8MP. On the back, the dual rear camera consist a 13MP + 2MP sensor, as it helps to adjust the depth of field effect for photography, the fingerprint sensor is there too and other than that, it has the latest EMUI 8.0 OS and a decent 3000mAh battery capacity. On top of that, the device should also have AR Stickers and Face Unlock based on the images above, even though they weren't specified.

No price tag nor availability was revealed, but some of our local telcos are selling the current Y7 Prime with their postpaid package bundle, so we won't be surprised if it happens again. Until then, stay tuned for more Huawei news at TechNave.com.