Current Location: Home > News > Huawei launches the MediaPad M5 series with a starting price of RM1499 and RM1899 for the Pro variant 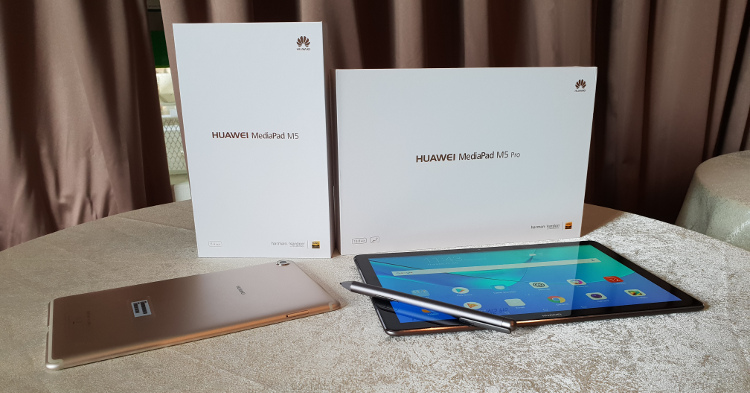 Today is the launch of the new Huawei MediaPad M5 series in Malaysia with a starting price of RM1499! There will be 2 different variants of the Huawei MediaPad M5 which is the MediaPad M5 8.4-inch and MediaPad M5 Pro which boasts a 10.8-inch screen. With the large display of the MediaPad tablet series and Harmon Kardon speakers, it is catered more towards media consumption such as gaming, video content and image editing.

In terms of tech specs however, all the MediaPad M5 variants will be running on a HiSilicon Kirin 960 chipset, 4GB of RAM, up to 128GB of internal memory, 13MP rear camera, 8MP front facing selfie camera and a screen resolution of 2560 x 1600. Running on Android 8.0 with EMUI 8.0 and utilizing Harman Kardon speakers, the devices will come in Champagne Gold and Space Grey. However, the similarities of all the variations end there as the 8-inch variant will house a 5100mAh non-removable internal battery while the Pro variant will be powered by a 7500mAh battery instead. 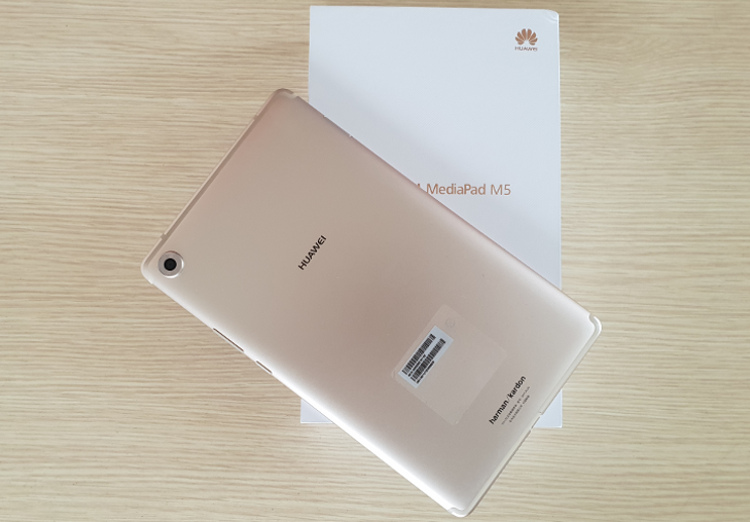 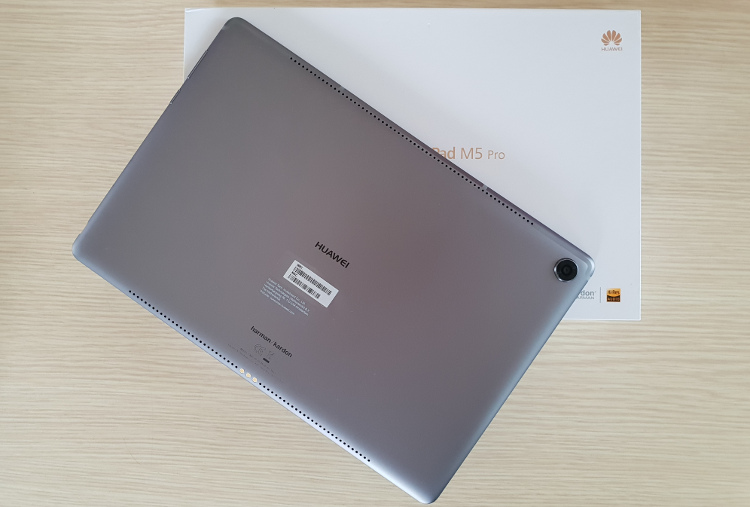 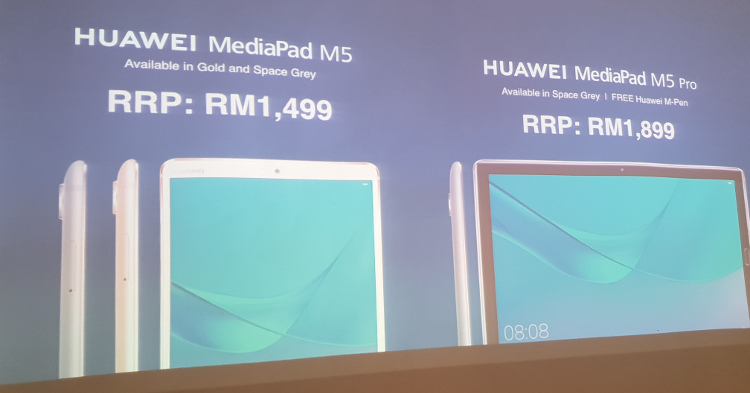 The Pro variant will come packaged together with a 4096-layer pressure sensitivity M-Pen which is included in the box that allows the user to perform various stylus actions and shortcuts. There is also an optional keyboard which can be purchased separately that is only compatible with the Pro variant, effectively turning the Huawei MediaPad M5 Pro into a transformable laptop.