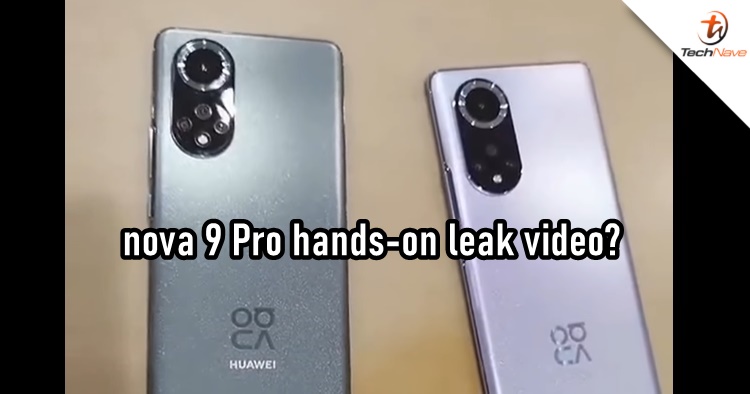 On 23 September 2021, Huawei will be unveiling the upcoming nova 9 series in China. But before that happens, an alleged hands-on video of the nova 9 Pro just appeared over the weekend with some unconfirmed tech specs listed in the video description.

It's not just for the nova 9 Pro but the nova 9 as well. But let's start with the pro variant first since it's not reported as often. For starters, the video post claimed that the nova 9 Pro could have a 6.72-inch dual punch-hole display which means there would be two front cameras that involve a 32MP sensor. The battery pack is 4000mAh and it can support a 100W fast charging technology.

Oddly, the nova 9 could have a bigger 4300mAh battery but with a lower 66W fast charging technology. The display is slightly smaller, measuring 6.57-inch and could house a single 32MP front camera. Other than that, the video post seems to suggest that both nova phones could have the same tech specs. This includes a 120Hz refresh rate, a quad rear camera setup (50MP + 8MP + 2MP + 2MP), a Snapdragon 778 chipset and of course, running on HarmonyOS 2.1.

Of course, most of these tech specs are just purely speculation but some of them do match the previous rumoured news. Either way, it's still best to take them with a pinch of salt and wait for the official launching day. Until then, stay tuned for more trending tech news at TechNave.com.