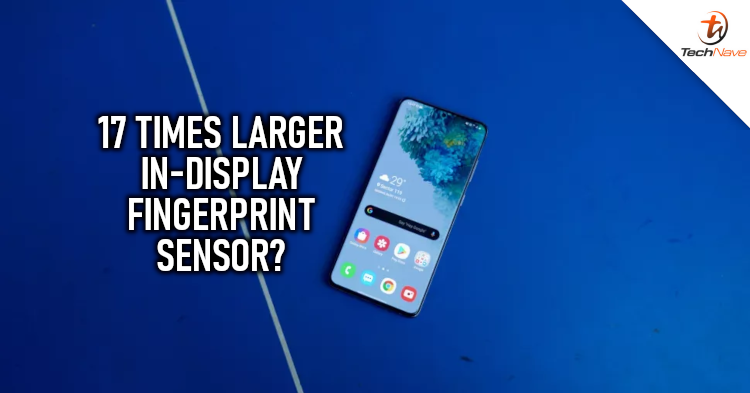 Based on a video interview with Ross Young, Samsung could be adopting Qualcomm’s new 3D Sonic Max ultrasonic in-display fingerprint sensor for their upcoming Galaxy Note 20 series smartphones which is due to be unveiled this year. The aforementioned sensor is roughly 17 times bigger than the existing sensor found on the Samsung Galaxy S10, S20, and Note 10 series which makes it easier for the user to scan and unlock their smartphone.

With an in-display fingerprint sensor that size, it could be possible for the user to scan up to two fingerprints at once, making it much more secure compared to scanning only one fingerprint. Do take this information with a grain of salt, due to the fact that Samsung has yet to provide an official statement in regards to the leaked info.

With all that said, what are your thoughts on Samsung adopting a newer and better in-display fingerprint sensor for their Samsung Note 20 series smartphones? Let us know on our Facebook page and for more updates like this, stay tuned to TechNave.com.