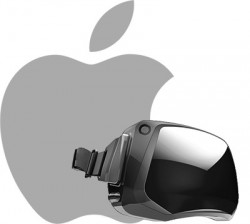 Virtual reality has been promoted here and there this year, you know what it is, as seen in various companies trying to utilise it such as Samsung, HTC, and Sony in Malaysia, but it seems tat VR is starting to slow down according to DigiTimes, with its collection from a few market research firms have noticed that virtual reality and augmented reality products "have been weaker than expected,".

The data were altogether collected from the recent Black Friday and Cyber Monday sales last week, with branded VR gears such as Sony's PlayStation VR, Google's Daydream View, HTC's Vive, Samsung's Gear VR, and the Oculus Rift all sold lower than the initial expectation, making the VR section the "biggest loser" in this holiday sales from USA. Some factors were drawn in to understand why VR didn't take off, most were pointed to the lack of VR content, as well as the price for being too expensive.

What does this mean for the VR industry? Well, with such a poor reception, companies that have been investing in VR and AR technology such as Apple, are definitely feeling the pressure. Even HTC has been "seeing decreasing share in the worldwide smartphone market".

"Many research firms' numbers also have shown that VR product sales in 2016 have been weaker than expected due to lack of content and high product costs. VR/AR technologies also require more improvement in order to stimulate demand from both the consumer and enterprise sectors.

It will take more time before the VR/AR market may begin enjoying robust growth, and such a slower-than-expected development is putting pressure on firms that have invested resources into related development, such as HTC, which is seeing decreasing share in the worldwide smartphone market while its Vive has yet to start contributing profits. The year of 2017 could be a difficult one for HTC." said the report.

So what do you think of the VR and AR decline? Are you using it? Let us know in the comments below and stay tuned for more news at Technave.com.