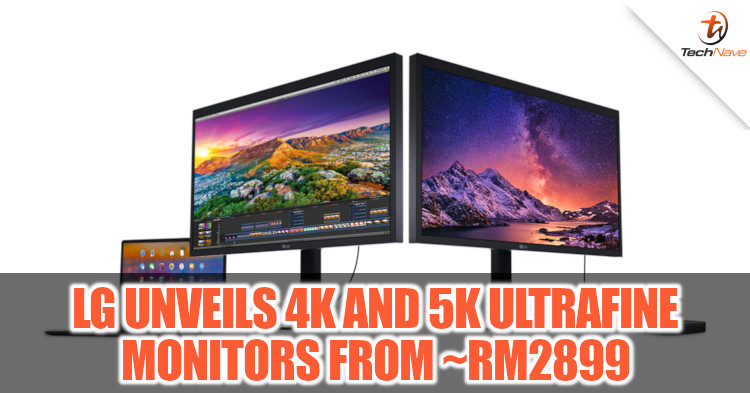 LG has recently announced the unveiling of their new 24-inch 4K display, as well as a 27-inch 5K UltraFine display starting from USD699.95(~RM2899) and USD1299.95(~RM5385) respectively. The new monitors by LG are designed specifically for Apple users in mind due to the fact that the brightness and volume of the speakers can be controlled via the touch bar or keyboard of a Macbook.

It is also able to charge iPad, Macs as well as any other USB Type-C compliant devices. These monitors are great for those who are working in the creative field as it comes with P3 wide colour gamut along with 500-nit brightness. Lastly, it also comes with a built-in webcam, microphone, as well as a stereo speaker.  The user can also effortlessly extend their desktop real estate via the Thunderbolt 3 port found at the rear of the monitor.