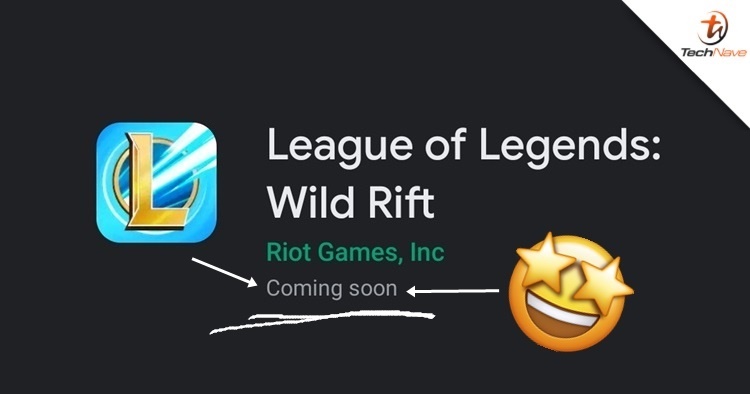 Towards the end of 2019, it was announced that Riot Games were developing a League of Legends (LoL) mobile game. If you missed that, it will be called League of Legends: Wild Rift and our writers have spotted the pre-registration is now live on the Google Play Store. Such exciting times!

Obviously, the game mechanics won't work exactly like the PC version as Riot Games started this mobile game from scratch. If you've played Arena of Valor or Mobile Legends: Bang Bang before, LoL: Wild Rift will be pretty similar. The map will be tweaked for a better mobile gaming experience, so you can also bet that the average game duration will be decreased to 15-18 minutes. We expect the LoL mobile game version will retain many of the popular heroes from the PC version, but probably not all, as the company might plan to release them batch by batch.

At the moment, there is no news about the pre-registration on the Apple iOS platform but we are sure that Riot Games won't want to miss that out. We will be keeping an eye on that so until then, stay tuned for more mobile gaming news at TechNave.com.