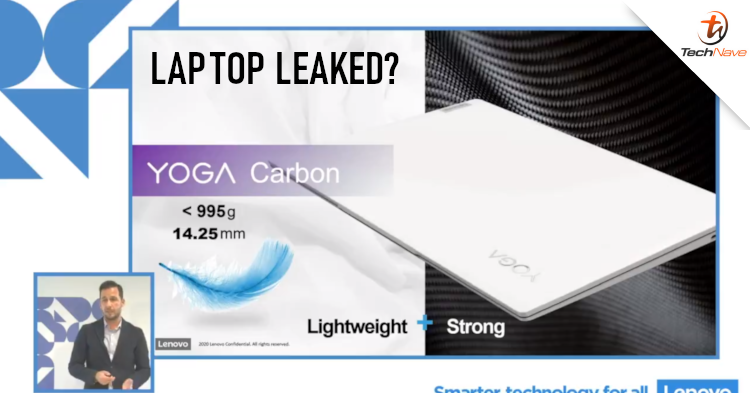 A video tweeted by @h0x0d on the user’s Twitter account seems that hint that Lenovo’s upcoming laptop could be the Lenovo Yoga Carbon which weighs less than 995g, and it’s equipped with up to a 16-hour battery. While not much is officially known in regards to the aforementioned Ultrabook, there were hints that it could possibly come equipped with up to an 11th Generation Intel Core processor.

Other than that, the slides in the video showcased that the Yoga Carbon is expected to come equipped with a 13.3-inch display with a screen resolution of 2560 x 1600 pixels. Not only that, but it also has a Wi-Fi 6 support and a dedicated graphics processing unit.

look closer, this is dual-display (like Surface Neo), not foldable screen, and this is the Yoga line, not Thinkpad, so its obviously not Thinkpad X1 Fold, I think this may be Yoga Book 3 https://t.co/WmSgxH9I39

With all that said, do take some of the information mentioned with a grain of salt, due to the fact that Lenovo has yet to provide an official statement on the leaks. Furthermore, there’s also no news on the Malaysia release date, exact tech specs, and local pricing for now.

Would you be interested in getting the Lenovo Yoga Carbon as soon as it is available for purchase in the local market? Let us know on our Facebook page and for more updates like this, stay tuned to TechNave.com.