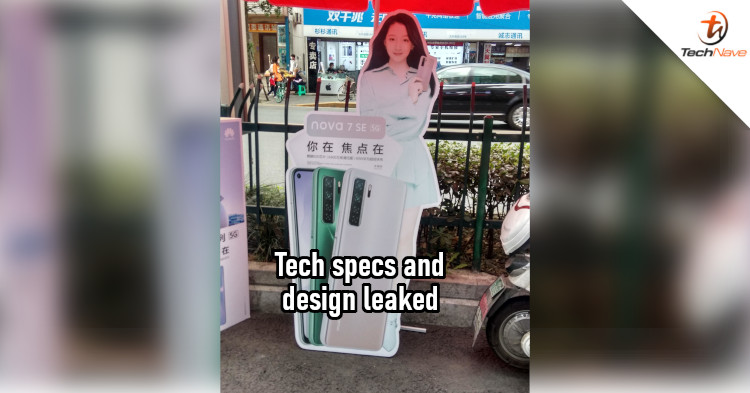 As you may already know, Huawei is going to launch the Nova 7 series on 23 April 2020. At the launch, expect to see three new devices in the Nova 7 SE, Nova 7, and Nova 7 Pro. In particular, the Nova 7 SE is supposed to be an affordable mid-range 5G device and some of its details have been leaked ahead of the launch.

According to the photo leaked on SlashLeaks, the Nova 7 SE 5G is going to come with HiSilicon's new Kirin 820 5G chipset. In another leak via video, it is revealed that the phone will also have 8GB of RAM, up to 256GB of internal storage, a 4000mAh battery, and a 6.5-inch display. Additionally, the phone is most likely going to have a side-mounted fingerprint sensor. 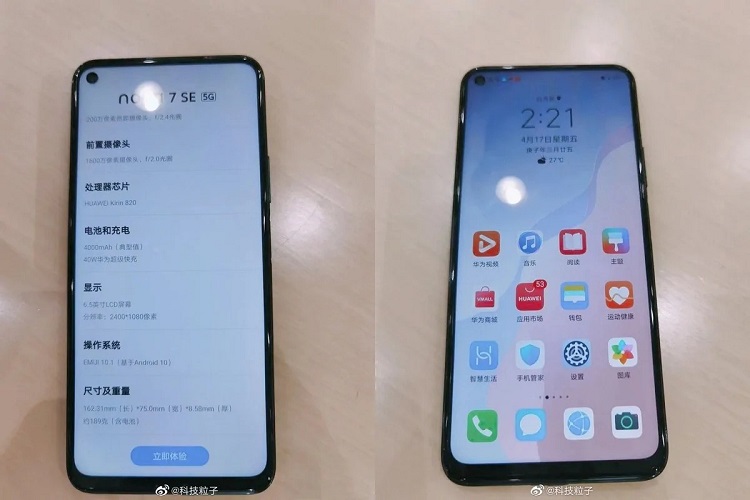 Two other features that were highlighted in the leaked photo include the 64MP main camera at the back, as well as the support for 40W fast-charging. We can also see that it has only one front camera that is believed to be a 16MP shooter. While hard to see clearly, the leaked video also seems to show that the rear camera setup is a 64MP+8MP+2MP+2MP quad-camera combination.

On its own, the Huawei Nova 7 SE seems like it'll be a great option if you want a 5G device. But what do you think, would you be interested in getting this device if it launches in Malaysia? Let us know on our Facebook page and stay tuned to TechNave.com for more updates on this phone.