Current Location: Home > News > Lenovo Legion 2 Pro with 18GB of RAM to go on sale starting from 20 May 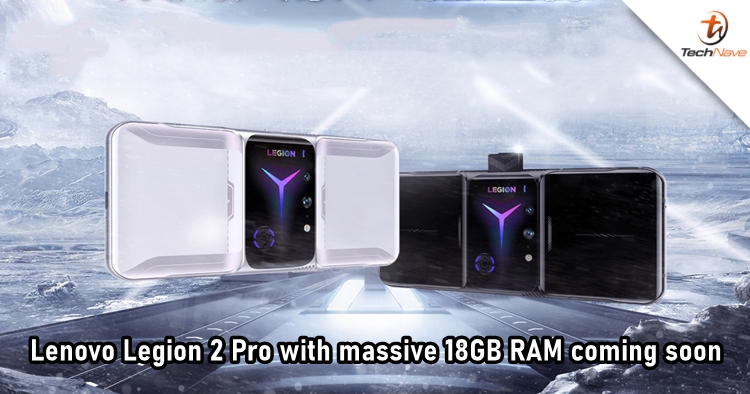 After launching the Legion 2 Pro that comes with an intriguing design, Lenovo has announced that it will be presenting the highest variant of the series on 20 May. The upcoming Legion 2 Pro will be featuring a massive 18GB of RAM with 512GB of internal storage, which is more than enough for a gaming phone.

The device will only go on sale in China starting from 20 May. It is unsure if it will arrive in other markets as there's no information about it for now. Alongside a teaser poster, Lenovo also claimed that this Legion 2 Pro’s fast memory and some further optimizations should offer chart-topping data speeds and benchmark performance. 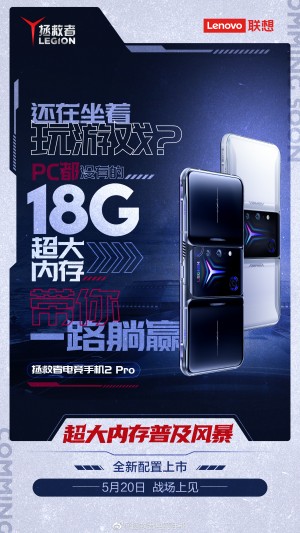 To recap, the Lenovo Legion 2 Pro is powered by Qualcomm Snapdragon 888 chipset and sports a 6.92-inch AMOLED full HD display that supports a 144Hz refresh rate. There's also a dual-battery structure that offers 5,500mAh of power alongside 90W of fast charge. For a better gaming experience, it comes with twin turbo-fans and octa-triggers that include four ultrasonic shoulder keys.

Let us know what you think about the Legion 2 Pro with massive 18GB RAM on our Facebook page. Stay tuned to TechNave.com for the latest smartphone news.