Lenovo Legion Y70 confirmed to launch on 18 August, with some tech specs revealed 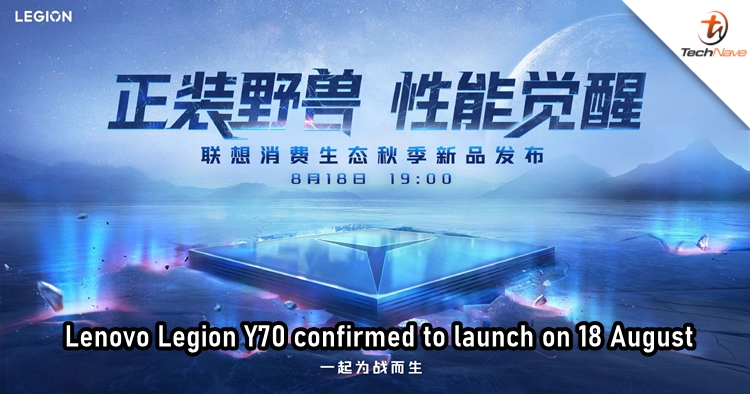 Earlier, sources claimed that Lenovo's first Snapdragon 8+ Gen 1 smartphone, Legion Y70, will launch on 13 August. However, it turns out to be the wrong date, as the official announcement has arrived. The device is now scheduled to debut on 18 August, with some other tech specs confirmed.

According to the posters, the Legion Y70's camera department will lead by a 1/1.5-inch 50MP sensor with OIS that can also record up to 8K video at 30fps. The auxiliary cameras are a 13MP ultrawide module and a 2MP depth module. Furthermore, it's also confirmed that the device will pack a 5,100mAh battery that supports 68W fast charging, with the company promising 8.5 hours of gaming, 18 hours of video playback and 35 hours of music playback on a single charge.

The rumours we saw earlier tipped that the Lenovo flagship will feature a 6.67-inch AMOLED display with a 144Hz refresh rate. It is also expected to arrive with up to 16GB LPDDR5 RAM and 512GB UFS 3.1 storage. Meanwhile, the software side should be covered by the ZUI 13 based on Android 12.

Are you excited about seeing the Lenovo Legion Y70? Leave a comment to let us know what you think about the device, and stay tuned to TechNave.com for more smartphone reports.