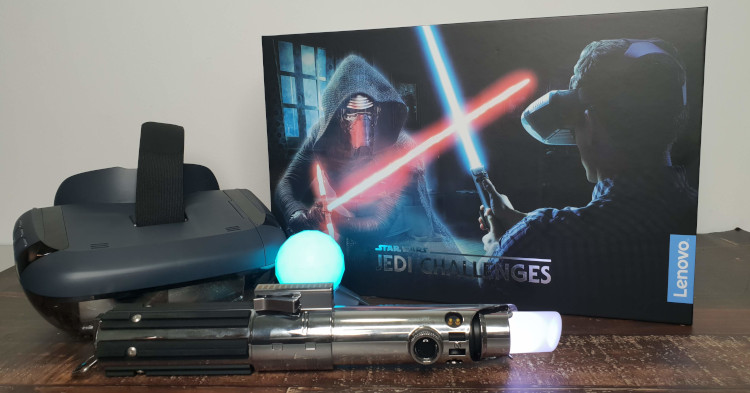 The Star Wars: Jedi Challenge is an AR (Augmented Reality) entertainment headset centered around the Star Wars franchise where the participant plays as a Jedi fighting against hordes of enemies including enemy Jedi and Sith Lords. The headset is normally available from Lenovo Malaysia for the price of RM729, but Digi is exclusively offering the Star Wars: Jedi Challenge for only RM388 for current and new Digi Postpaid subscribers. This review will put the game, headset and features to the test so read on and see if its the Jedi lightsaber game that you're looking for.

Out of the box you're given a head mount, a lightsaber, and a tracking beacon which will be placed on the floor as a point of reference for the Star Wars AR game. The head mount includes a phone holder to place your smartphone inside to be used as the display as well as a head tracker for the game. The lightsaber, although made of mostly plastic, has some weight to it and it has two buttons which are the lightsaber activation button as well as the blade recenter button. 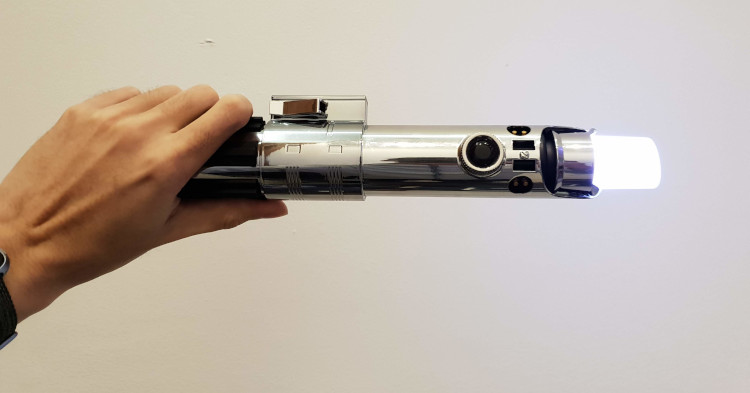 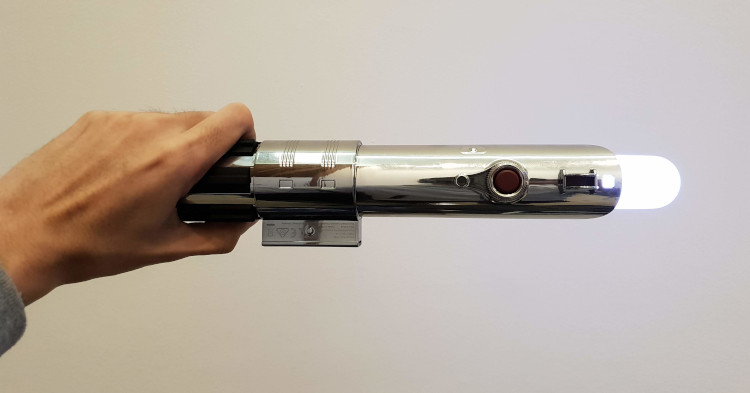 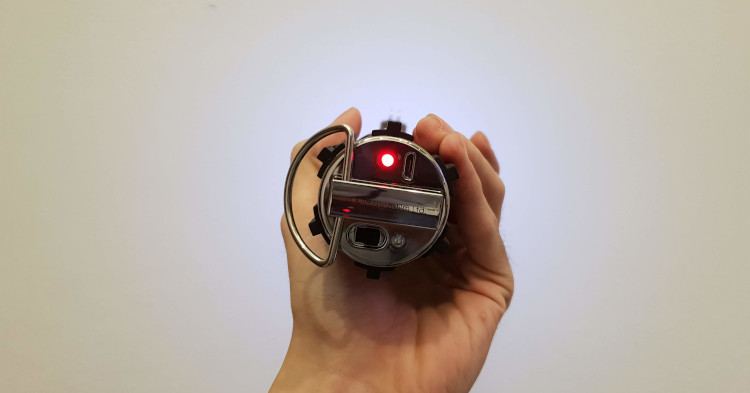 The hilt of the lightsaber 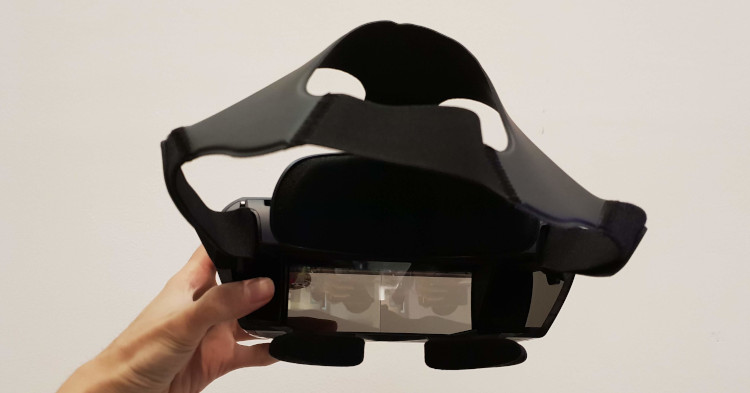 Inside view of the headset 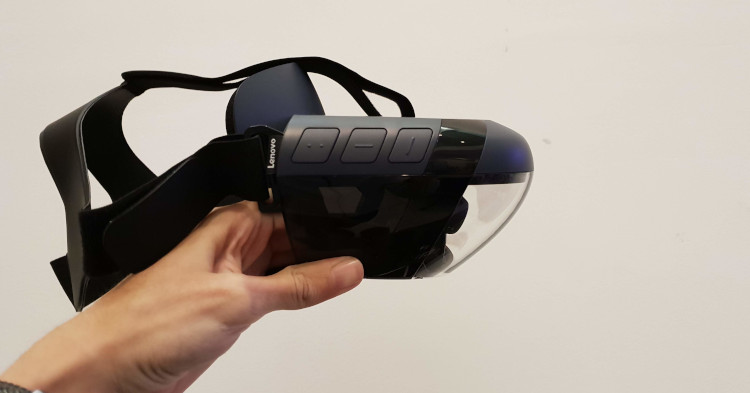 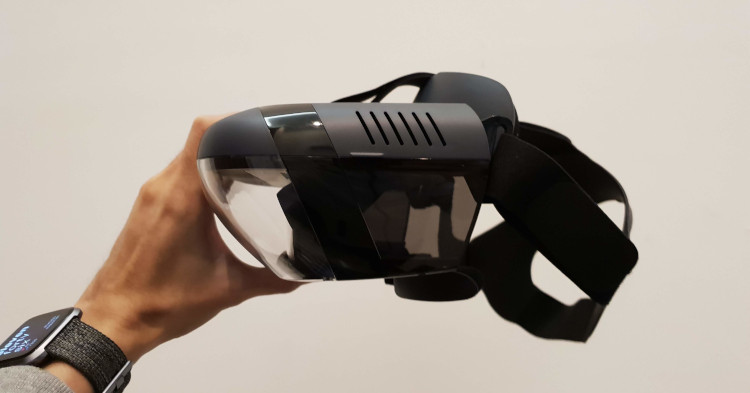 Left side where the flap to access the holder in located 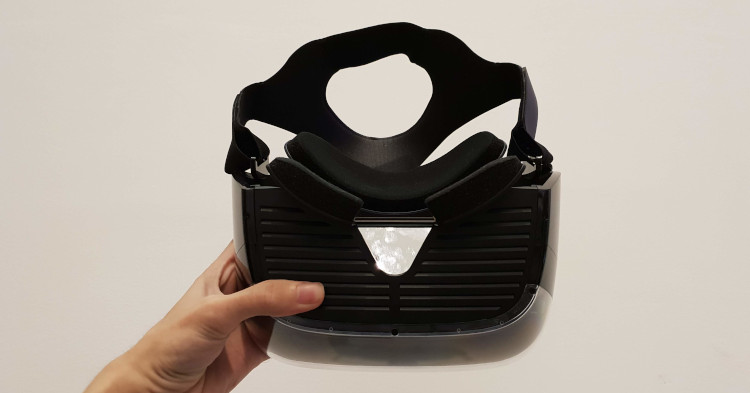 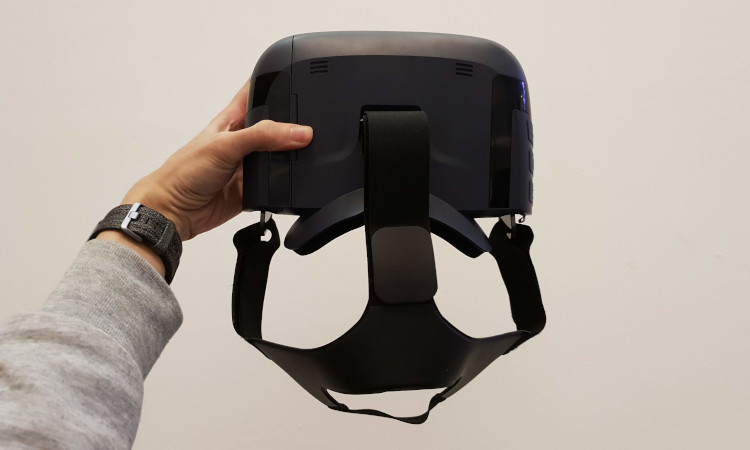 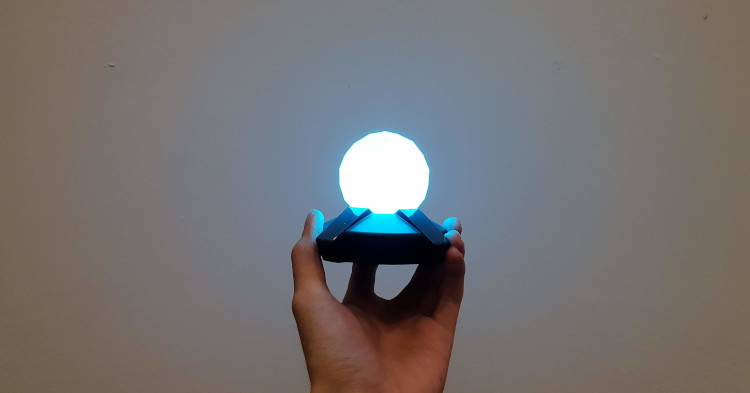 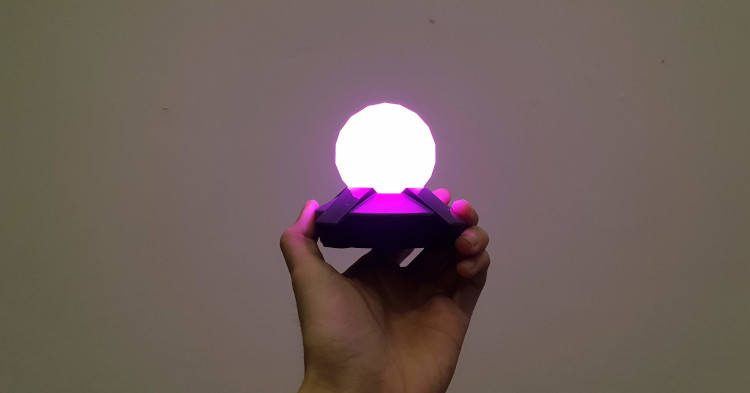 The headset itself has some weight to it due to the fact that it houses optical sensors, mirrors and lens inside the headset which may not feel comfortable to some users and may strain their neck. Here’s a little trivia for you Star Wars nerds out there, the design of the lightsaber found in the box replicates Rey’s Lightsaber in the Star Wars: The Force Awakens movie.

Unfortunately during my testing, the smartphone holder was not able to fit the Samsung Galaxy Note 8. Further digging through the official website states that the Star Wars: Jedi Challenges supports the iPhone X, iPhone 8 Plus, iPhone 8, iPhone 7 Plus, iPhone 7, iPhone 6s Plus, iPhone 6s, iPhone 6 Plus, iPhone 6, Samsung Galaxy S8, Galaxy S7 edge and Galaxy S7. Do take note that it seems the compatibility list is not up to date as it does not include phones such as the Galaxy S9 and S9+ so a little trial and error is required to see whether your phone is compatible with your device. 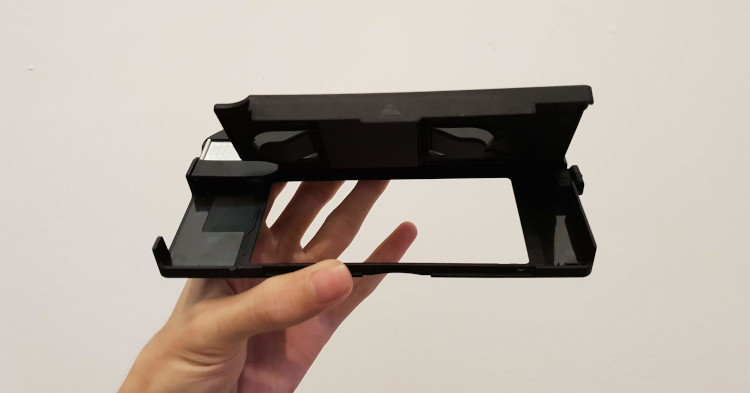 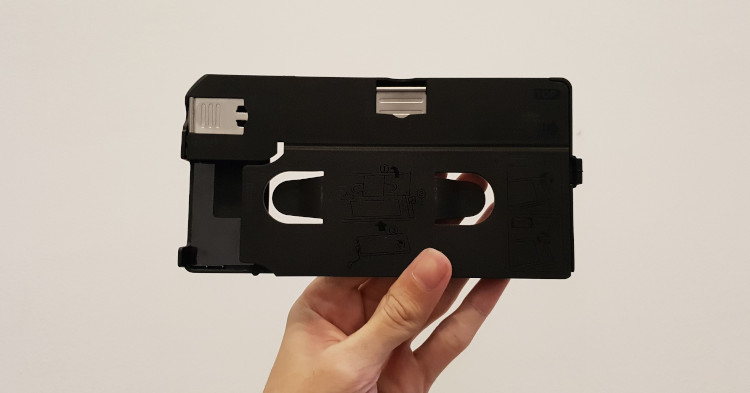 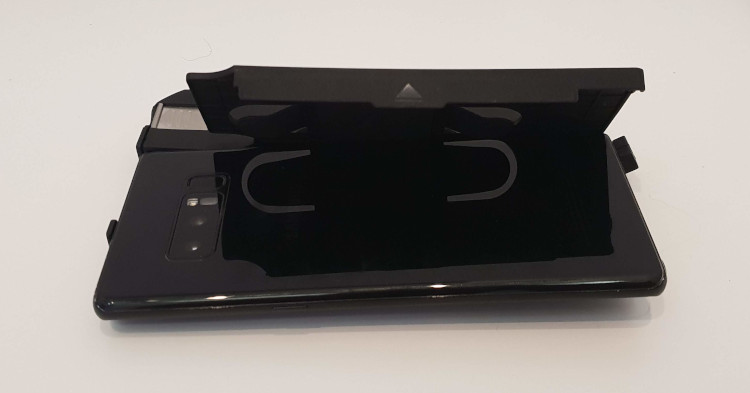 The Galaxy Note 8 doesn't fit with the holder

The Star Wars: Jedi Challenges features several kinds scenario that the player can take part in such as fighting hordes of enemies which are able to fire blasters at you as you deflect and defend yourself, fight enemy Sith Lords in Lightsaber duels, or command units in a real time strategy battle against the enemies of the Jedi, and lastly, Holochess which is a turn based strategy game where players can move Chess-like units one at a time and battle against the enemy.

Each of these modes offer different gameplay mechanics such as the Lightsaber Battle mode where the player uses the Lightsaber to cut down enemies while the Strategic Battle mode has real time strategy elements in it. Lastly, the Holochess mode lets you play the board game from the Star Wars movies with more or less the same rules as Chess. The player has the option to choose different planets with varying difficulty which the player will progressively unlock as they play.

There is also a 2 player Lightsaber battle mode where players battle each other in a Lightsaber duel to determine who is the better Jedi of the two. Do take note that both players are required to be connected into the same WiFi connection in order to duel with each other. Not only that, each player will need to have their own AR headset as well. Sound effects of the game are exactly the same as what you hear in the movies while graphic wise it looks decent and not very demanding but do note that due to the enclosure the phone does tend to heat up. Jedi battle against waves of enemies 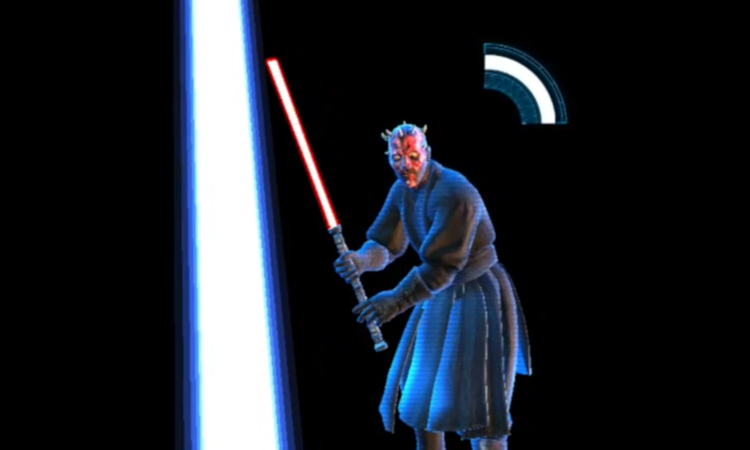 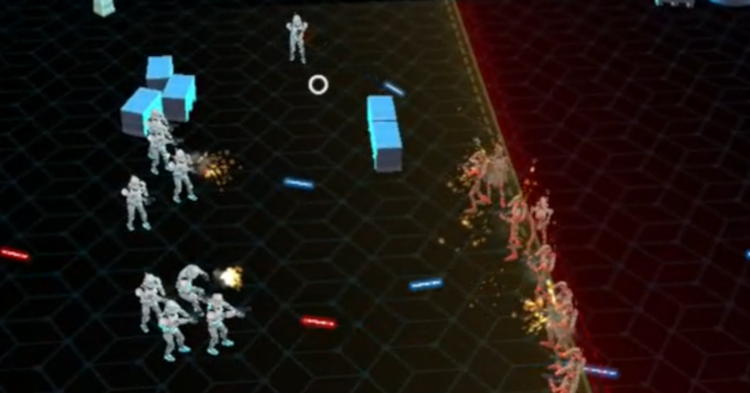 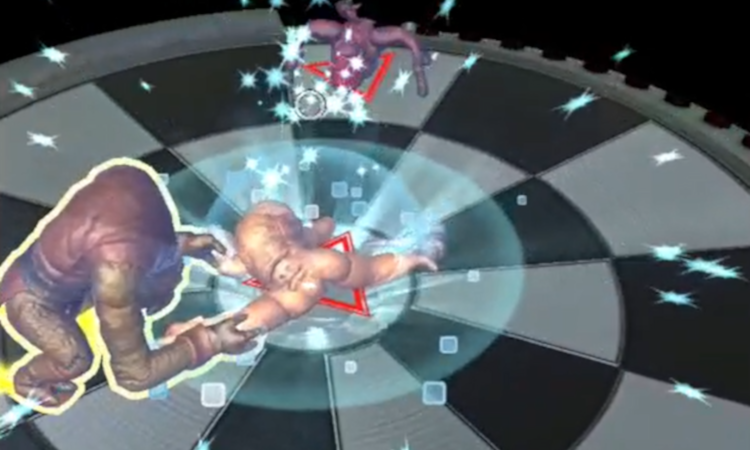 Performance and playthrough - A little wobbly but still pretty fun

During my test, the game felt superb and smooth during my playthrough with the Samsung Galaxy S9. The head tracking wasn't much of an issue but the lightsaber blade is often misaligned especially when swinging the Lightsaber really fast. Fortunately, centering the blade back to the middle is as easy as clicking a button found on the Hilt of the Lightsaber.

As for the Strategic Battle mode, the player does not actively participate in the battle but instead, commands soldiers and builda various structures to defend an objective while enemies endlessly attack them. The player will have a bird’s eye view of the battlefield and the freedom to get a closer look of the battle by kneeling down as well. 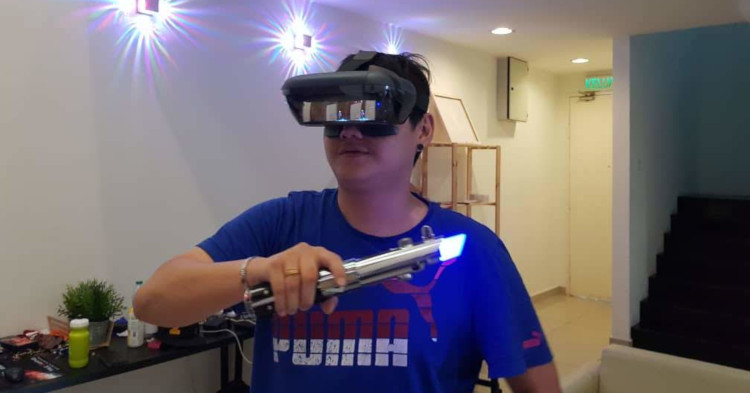 The Holochess on the other hand is extremely similar to real world chess except it has more mechanics such as health and damage values included, so a pawn can't always take down a stronger piece with the right strategy. Different planets may offer different units though. As for play time, the Star Wars: Jedi Challenge would take roughly more than 2 hours to completely finish all of the content in the game. That being said, it took me about 25 minutes of non-stop playing to get through about more than a quarter of the content the game could offer.

The Lenovo Star Wars: Jedi Challenge AR headset is enjoyable  and quite fun to experience alone or with your friends with the 2-player mode supported by the game. I'm surprised that the Star Wars: Jedi Challenge left me with a sore arm after nearly 35 minutes of non-stop play. However, it is not perfect as it does not support smartphones that are too big and the Lightsaber tracking can be a little wonky at times.

I personally think that for the price of RM729, it isn't something worth getting especially for a game with a play time of about 2 hours or so. However, for the Jedi fanatic or those who always wanted to swing a lightsaber against the Sith, this device is great fun as you're unlikely to find anything similar like it on any of the current consoles (nothing based on Star Wars Lightsabers that is).

We'd have liked it more if there were new modes coming like that blindfolded training mode with the drone (feel the Force Luke!) but so far this seems all you're getting with the Lenovo Star Wars: Jedi Challenge AR headset. If your friends or partner is also a Star Wars fan, then the Digi price cut means you should definitely get 2 units just for the chance of dueling it out, Jedi against Jedi and it can double as some light exercise while you're at it. However, do note that the deal is only limited to one set of the Star Wars: Jedi Challenge AR headset per Digi Postpaid Subscriber. So why not bring along a friend or two to purchase the AR Headset, the Force could use more Jedi in the battlefield.

You can purchase the Star Wars: Jedi Challenge AR headset at any Digi Store nationwide for the price of RM388 exclusive to existing and new Digi Postpaid users. For more articles like these, stay tuned to TechNave.com.