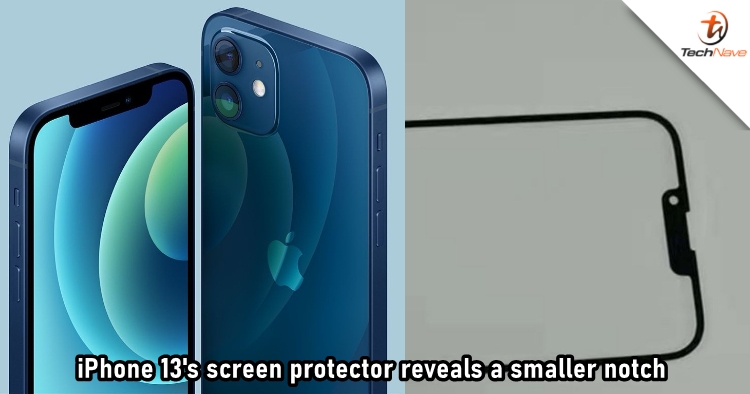 Apple has been using the same notch design on iPhones since the release of the iPhone X. While many Android phones have switched to something more appealing like a punch-hole cutout, Apple might have realized that it's time to make changes as well. Instead of the design, this year's iPhones are said to come with a smaller notch compared to their predecessors. Today, some live images of the screen protectors for the upcoming iPhones have revealed how the new notch could look like.

It is said that Apple has moved the earpiece upwards and into the top screen bezel, leaving the Infrared and camera components in the notch. Therefore, the next-gen iPhones' notch is able to become about 30% smaller. However, it looks like this could also be the last year that the iPhones will come with a notch as it was reported that the iPhone 14 series will feature the under-display camera technology.

Let us know what you think about this news on our Facebook page. Stay tuned to TechNave.com for the latest iPhone news.