Current Location: Home > News > Live photo of ASUS ROG Phone 4 appeared and revealed that it could be called ROG Phone 5 instead 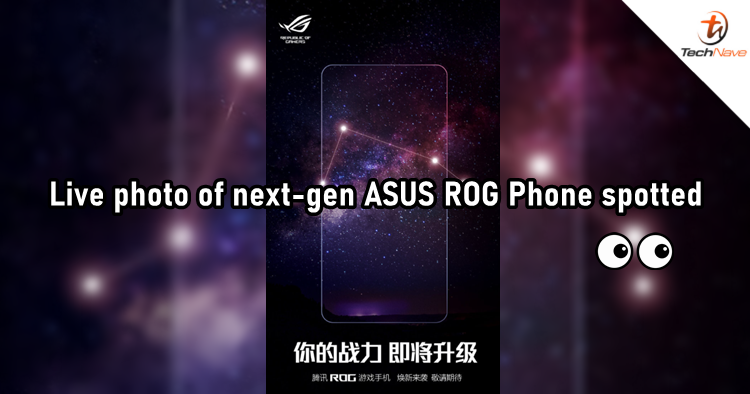 Last week, ASUS had dropped a teaser for the next-gen ROG Phone on its official Weibo account. The teaser poster hints that the device will receive upgrades that can level up the gaming experience. Until today, the live photo of the device has been spotted and revealed the rear design.

According to the photo dug up by a Weibo user, the next-gen ASUS ROG Phone is going to sport the same design language as its predecessors. However, there are a few changes made to the device such as the placement of the logo and the addition of a red button on the lower-right corner of the phone’s frame. It is claimed that the button will help users to enter game mode with just one click.

Besides that, the user has also pointed out the number "05" placed in the middle and suggested that the device could be called ROG Phone 5 instead of ROG Phone 4. It is unsure why ASUS would skip one number but we'll find out soon with upcoming rumours. To recap, the ASUS ROG Phone 4/5 is expected to come with Qualcomm's Snapdragon 888 and packs a 6,000mAh battery that supports 65W fast charging.

Let us know what you think about the design of the next ASUS ROG Phone on our Facebook page. Stay tuned to TechNave.com for more latest smartphone leaks.