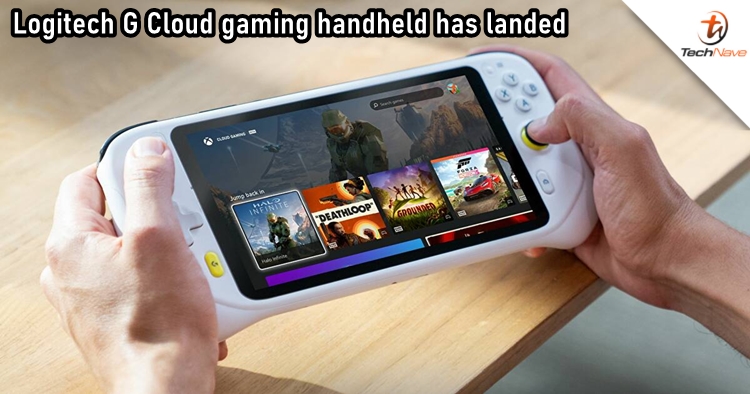 Not long ago, we saw the news saying that Logitech's gaming division Logitech G has worked with Tencent to develop a cloud gaming handheld console. Today, the brand has finally introduced the product to the market, an Android-powered handheld called Logitech G Cloud.

Like other gaming handheld consoles, the Logitech G Cloud comes with controls on the sides and a screen in the middle. It has left and right analog joysticks, L & R analog triggers, two bumpers, a D-pad and A/B/X/Y buttons. Furthermore, they are remappable, and there's also haptic feedback and a gyroscope on board. The screen uses a 7-inch LCD with 1080p resolution and 450 nits brightness. It also supports multi-touch support and a 60Hz refresh rate.

The Logitech G Cloud has the Xbox Cloud Gaming and Nvidia GeForce Now for cloud streaming, alongside the Xbox app and Steam Link for local streaming from your console and PC. Of course, you could also download the titles from other streaming platforms like Google Stadia and Amazon Luna. The device comes with Google Play Store as well. Unfortunately, native gaming isn't really the thing for the new handheld, as it gets powered by Qualcomm's Snapdragon 720G. Therefore, more advanced games might not make it on the device.

Despite that, Logitech G promises over 12 hours of battery life (23.1Wh battery) on this one. Recharging can get completed in just 2.5 hours over USB-C. There is also a 3.5mm headphone jack, Bluetooth 5.1 and stereo speakers. Besides that, the handheld relies on Wi-Fi for Internet connectivity. It supports Wi-Fi 5 (ac) but no LTE, so you have to be somewhere that has Wi-Fi to get your game on. The Logitech G Cloud gets listed with a retail price of $349.99 (~RM1,598) on the official website. It's still unknown if it'll arrive in the local market.

What do you think about the Logitech G Cloud gaming handheld? Leave a comment to let us know your thoughts, and stay tuned to TechNave.com for more gaming product news.