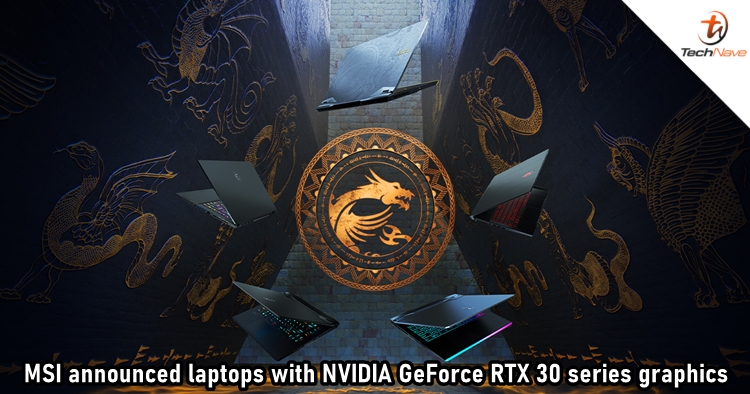 Among the other laptop brands, MSI has also presented a bunch of new or upgraded models at the CES 2021. The whole lineup features the latest NVIDIA GeForce RTX 30 series graphics that brings significant performance enhancement. Besides supporting the latest graphics configurations, some models have brought features like Intel Core i9 processors and WiFi 6E as well. Let's now take a look at all the laptops unveiled by MSI at the event.

First up, we have the GE76 Raider Dragon Edition that comes with a design inspired by Tiamat, the Mother of all Gods. The laptop features a 17.3-inch display that can be configured with up to UHD (3840x2160) panel. Other than that, the GE66 Raider with a 15.6-inch display has also been upgraded with the latest tech specs. Both models are powered by up to Intel Core i9-10980HK processor and up to Nvidia GeForce RTX 3080 graphics, plus support for the latest WiFi 6E. The GE series is also outfitted with MSI Cooler Boost 5, consisting of six heat pipes with two fans to keep the machines cool while in actions. 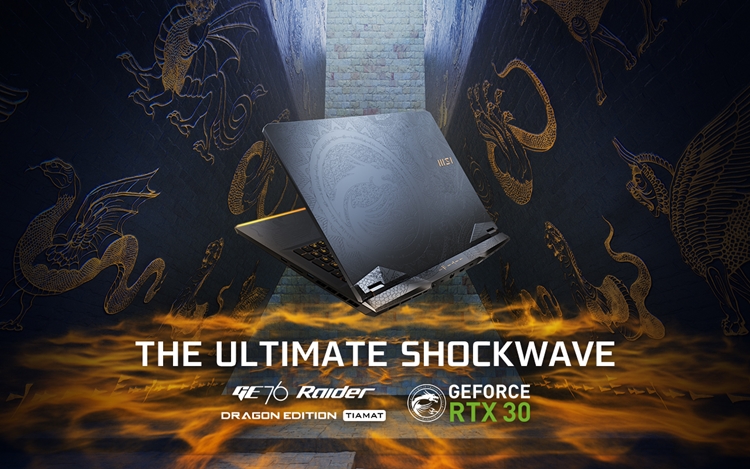 Furthermore, the GS66 Stealth has brought the upgrades as well. Besides featuring the GeForce RTX 30 series graphics and can be configured with up to an Intel Core i9 processor, the laptop also comes with the Cooler Boost Trinity+ system with the world’s thinnest 0.1mm sharp-edged blades. The 15.6-inch GS66 also supports True Color 3.0 and the best surround viewing mode with a 1+2 Matrix Display. 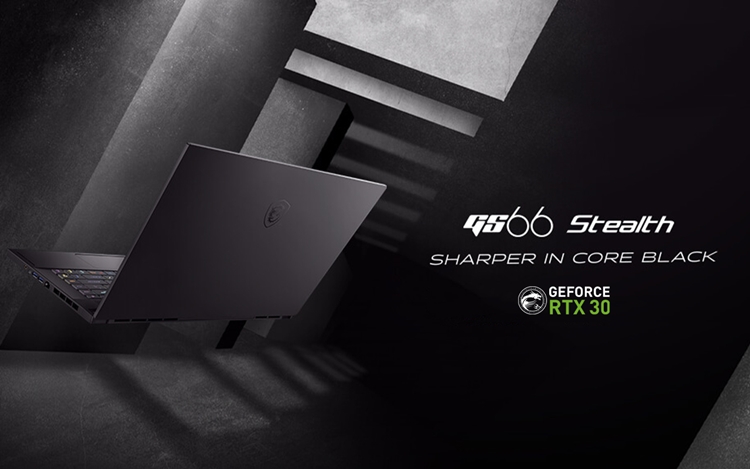 MSI has also presented the all-new GP66 and GP76 Leopard as one equipped with a 15.6-inch display and another one comes with a 17.3-inch display respectively. Both of the laptops support up to GeForce RTX 3070 graphics and Intel Core i7 processors. Besides that, the new models also have their I/O ports for data transmissions and display outputs rearranged. They will be supporting up to 8K display and 144Hz refresh rate as well. 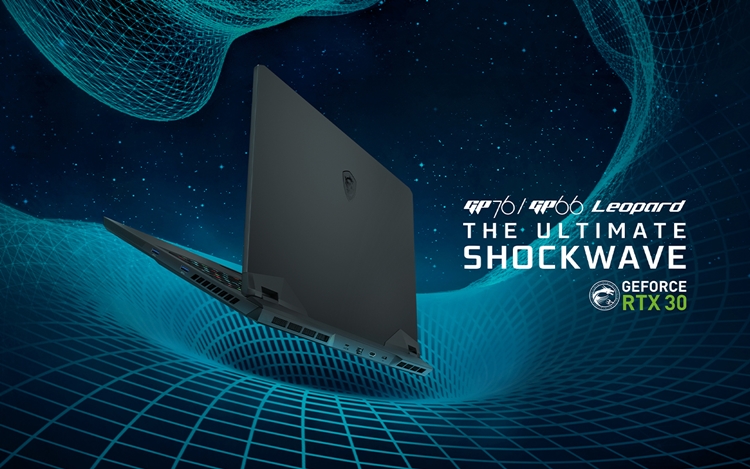 The world's thinnest gaming laptop Stealth 15M has also been introduced at the event by having a thickness of 16.15mm and weighs only 1.7kg. It is powered by the latest 11th Gen Intel H series processors up to 5 GHz paired with GeForce RTX 30 series graphics. The gaming laptop has two 2W speakers, RGB backlit gaming keyboard, a 52Whr 3-cell battery, and WiFi 6 support as well. 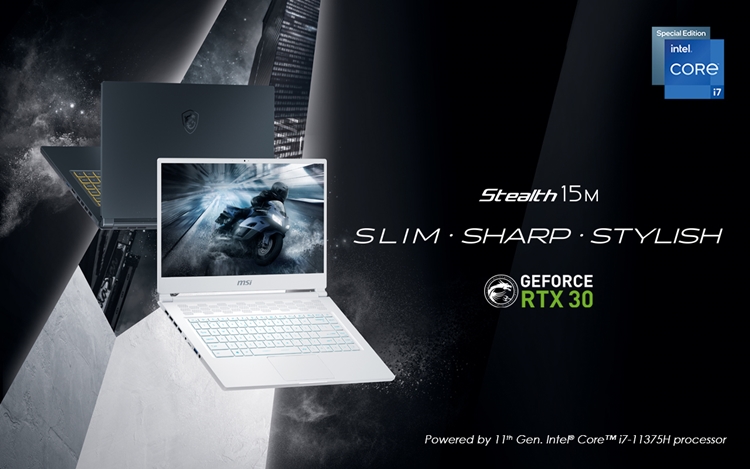 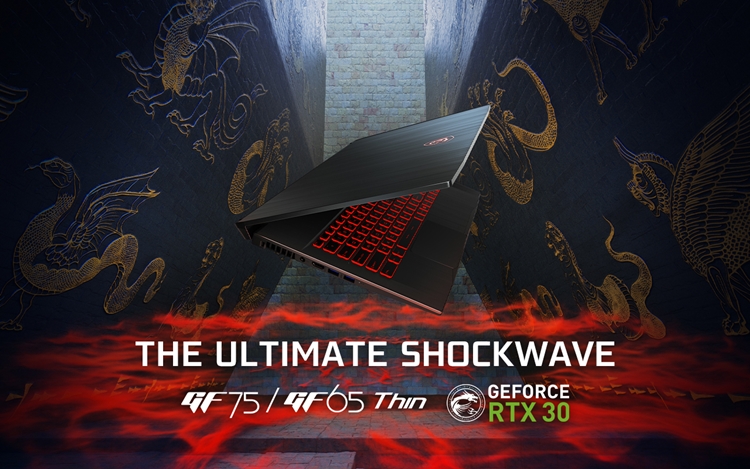 Finally, MSI has also brought the Creator 15 onto the stage as an all-around laptop. The laptop comes with a 15.6-inch touchscreen display with up to 4K support. It is powered by an Intel Core i7-10870H processor and can be configured with up to GeForce RTX 3080 graphics. The laptop also packs up to 64GB RAM, 2 SSD slots, an IR HD webcam, and the latest WiFi 6E support. 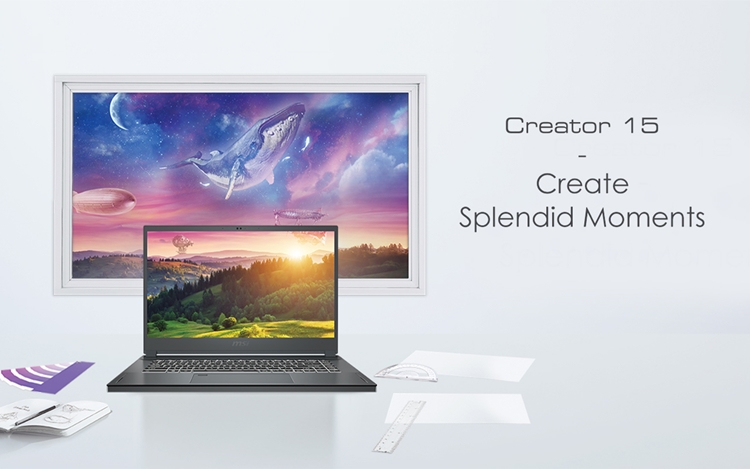 Let us know what you think about all the newly-announced MSI laptops on our Facebook page. Stay tuned to TechNave.com for more latest tech product launches.