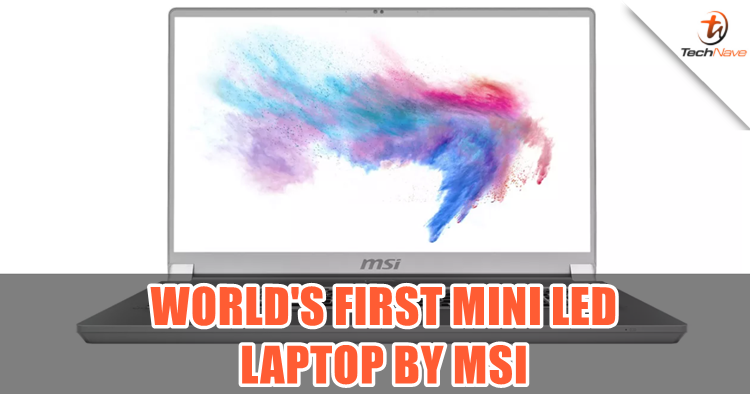 While TV manufacturers are putting efforts into bringing better and more advanced displays to the world, other technology products are chasing behind closely as well. At CES 2020, MSI has revealed the Creator 17, which is the world’s first laptop that uses Mini LED for its display. Let’s find out what is happening!

The MSI Creator 17 promises better dimming and brightening than other LCD displays that come with a traditional LED backlight. For the laptop to achieve that, its 17-inch 4K display is powered by a new technology called Mini LED, which is much smaller than the standard LED with a size of smaller than 2mm.

The new technology allows the laptop to have a sharper level of contrast between light and dark areas when displaying HDR content. MSI has also stated that the Creator 17’s display has 240 local dimming zones, which is a lot considering its 17-inch size. On top of that, the laptop can display 100 percent of the DCI-P3 color gamut as well and gets up to 1000 nits of brightness.

Although the Mini LED does sound good, it has its drawbacks as well. When the first TV with Mini LED came out sometimes last year, its local dimming algorithm was criticized as it crushed the details in dark scenes and could be distracting in other moments. Therefore, the Mini LED display doesn’t guarantee the screen quality to be the best at all times.

MSI didn’t reveal much on the tech specs or any pricing details of the laptop, you can only wait for those who are interested. Let us know what you think about this MSI Creator 17 on our Facebook page. Stay tuned to TechNave.com for more cool tech news.