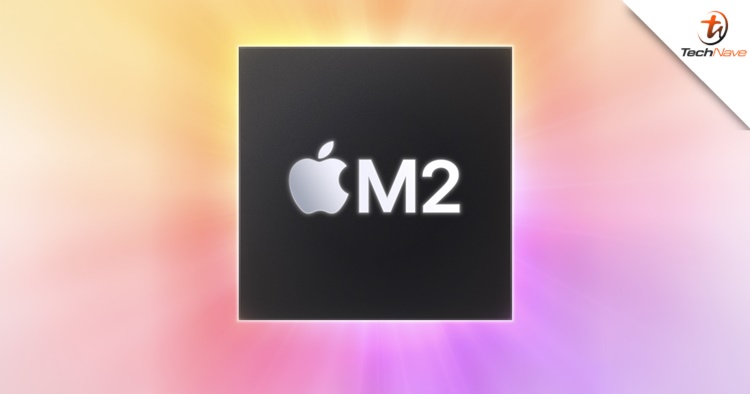 As previously speculated, the new Apple Silicon processor M2 was announced at the WWDC 2022. With the new processor, Apple also introduced the new MacBook Air and MacBook Pro which are coming soon with it.

Before we get started on the new MacBooks, the new M2 processor is Apple's second-generation Apple Silicon that packs up a lot of power. Sporting 25% more transistors (25 billion in total), 50% more bandwidth of up to 100GB/s, up to 24GB of unified LPDDR5 memory and many more, it's estimated to be 18% better in CPU performance and 35% faster in GPU performance than the already impressive M1. To put it in a simpler context, it can support a 6K external monitor seamlessly. 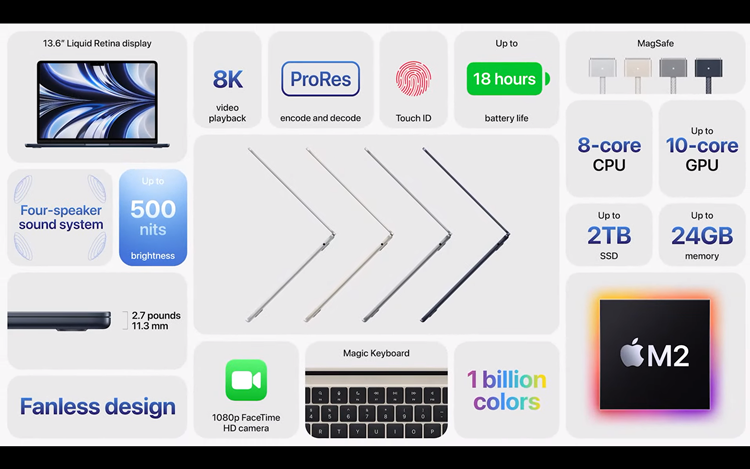 By utilising the power of the M2, this makes the new MacBook Air the most powerful compact laptop for now. Weighing 1.2kg only, the 13.6-inch laptop now sports a high-grade Liquid Retina display with 500 nits brightness, a 1080p front camera and charges 50% faster in 30 minutes. The MagSafe and audio jack port also make a return. Internal specs-wise, it has up to 10-core GPU, 8-core CPU, and up to 24GB of memory + 2TB SSD.

Next up, the MacBook Pro also now features the brand new M2 processor, alongside the same specs as the MacBook Air with up to 20 hours of battery life. It also supports WiFi 6, Thunderbolt ports, Studio-quality mics, ProRes (encode and decode) and P3 wide colour for media work. Apple said that the new MacBook Pro M2 is 40% faster than its predecessor. 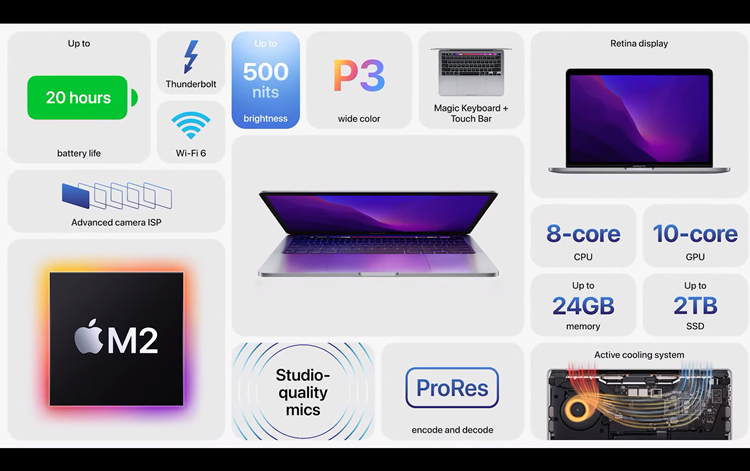 Both the new MacBook Pro and MacBook Air will be available next month in Malaysia from a starting price of RM5699 and RM5499 respectively for the same 8-core CPU and GPU, and 8GB + 256GB memory configuration. For the highest variant (8-core CPU, 10-core GPU, and 8GB + 512GB), the MacBooks can go up to RM6499 and RM6699 respectively.

What do you think of the new MacBooks with the M2 processor? Let us know in the comments below and to know more, you can visit the Apple Malaysia website for the MacBook Pro and MacBook Air here. Stay tuned for more trending tech news at TechNave.com.