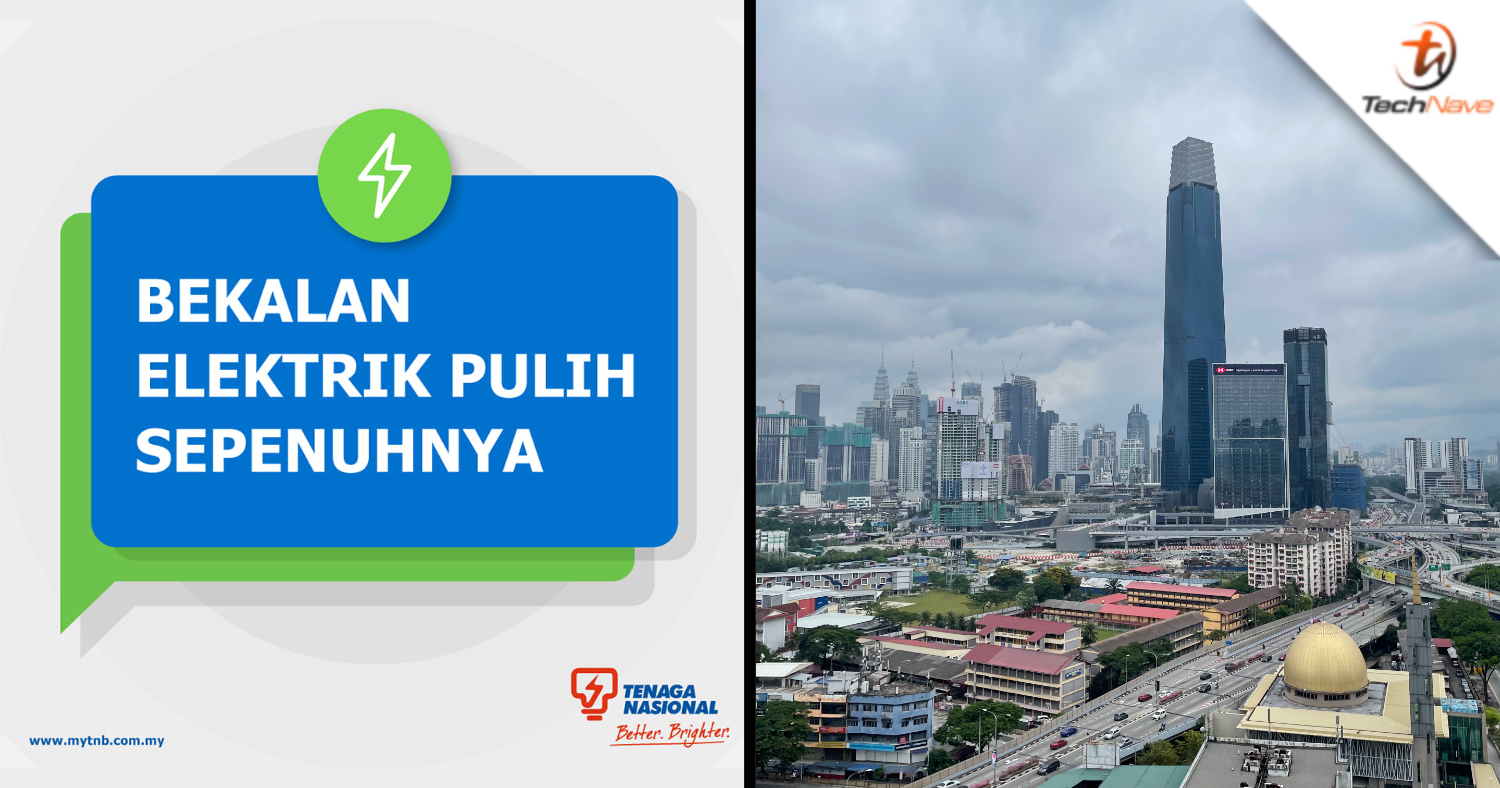 UPDATE 2.0: TNB in another statement announced that as of 3.02pm today, power has been fully restored to all areas that were affected by outages throughout Peninsular Malaysia. Furthermore, initial investigation found that the major outage started at 12.39pm today and was caused by a damaged equipment at Yong Peng North TNB substation, Johor.

UPDATE: TNB has confirmed that the outage involved 2.2GW or 10 percent of the national grid. TNB has managed to restore power within 20 to 40 minutes after the outage in areas outside of Klang Valley, with power in other affected areas to be gradually restored while it investigates the incident.

If you’re currently reading this on your mobile phone while your home power is out, you’re not alone as an unscheduled power outage is affecting major areas across Peninsular Malaysia today. These include locations within Klang Valley such as Shah Alam, Nilai, Hulu Langat, Bukit Jalil, Selayang, Segambut, Cheras, Seri Kembangan, Bangi and Kuala Lumpur.

In fact, according to a report by The Vibes, even areas outside of Klang Valley are experiencing power outage, including Kota Bharu, Ipoh, Penang, Kuantan and Seremban. Besides that, the outage has also afected telecommunication services in the region, whereby Digi has come out to notify its customers that there are also currently experiencing network interruptions in most areas within Klang Valley. 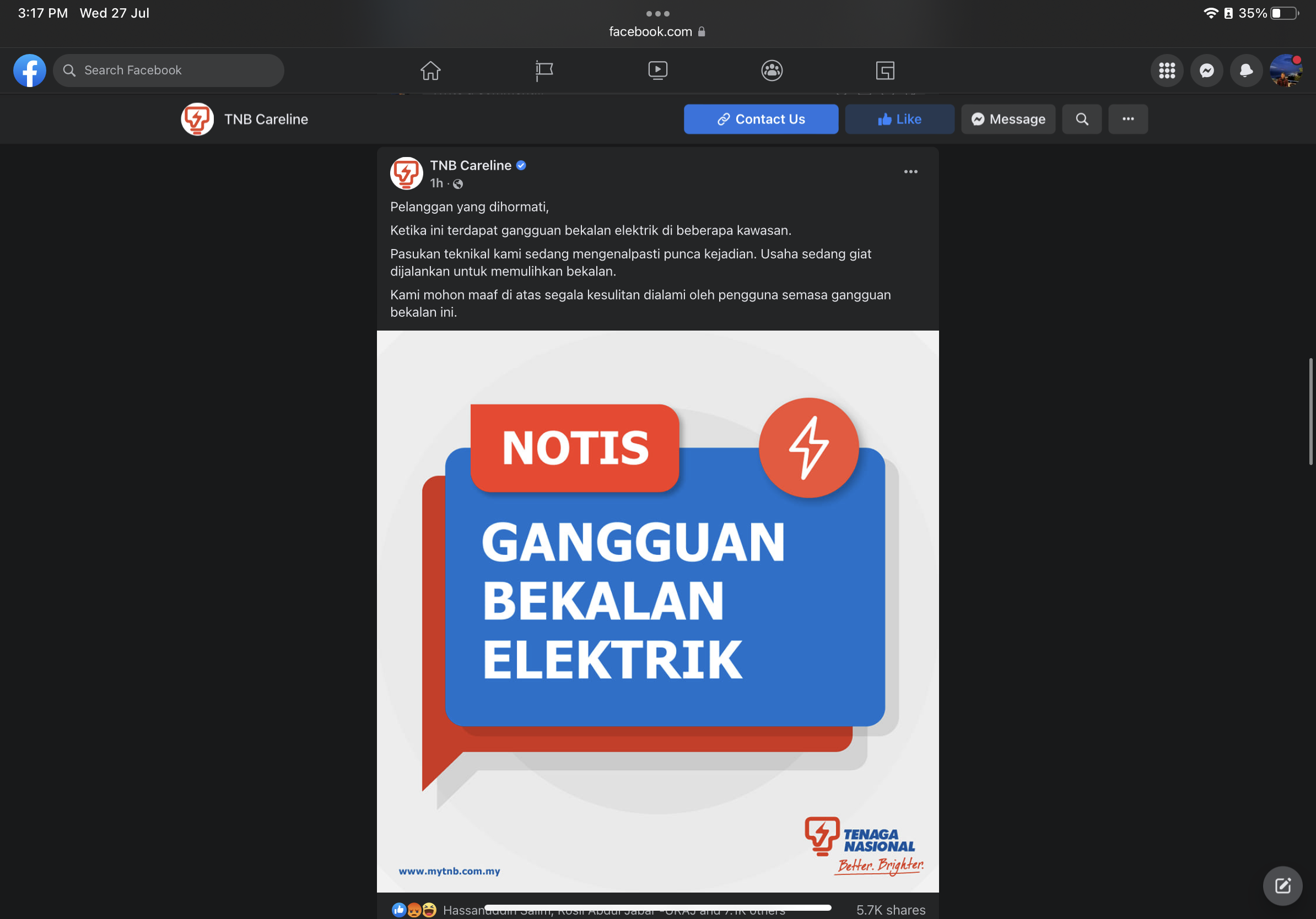 Tenaga Nasional Berhad (TNB) has since posted a brief statement through its TNB Careline Facebook page confirming the incident and is currently investigating the source of the outage. Furthermore, TNB also apologised for the inconvenience and stressed that it is hard at work to restore power to the areas affected.

What do you guys think of this blackout incident? Is your home or office affected too? Share your experiences with us in the comments below and stay tuned to TechNave for the latest tech news in Malaysia and beyond.