Current Location: Home > News > Malaysia dealer is offering a 100% refund if the Google apps stops working on your Huawei devices 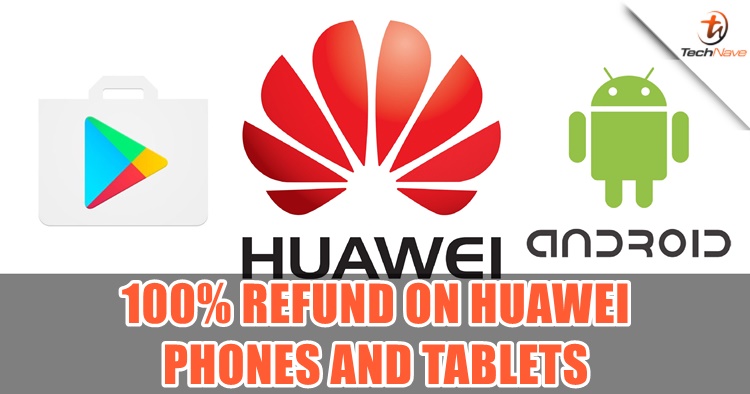 So this just came in, just an hour ago a local gadget dealer, DirectD just announced on their Facebook post that they will offer a full refund if the Google Apps and Playstore access stops working on your Huawei mobile and tablet devices.

But there's a catch, of course. The full refund is eligible only if your Huawei mobile and tablet devices are bought from DirectD itself, as well as within the warranty period. In addition, all Google apps such as Google Maps, Gmail, YouTube and others are counted. Oddly enough, they also mentioned Facebook, Instagram and Whatsapp are included too even though they aren't part of Google. But oh well, it's what they said. 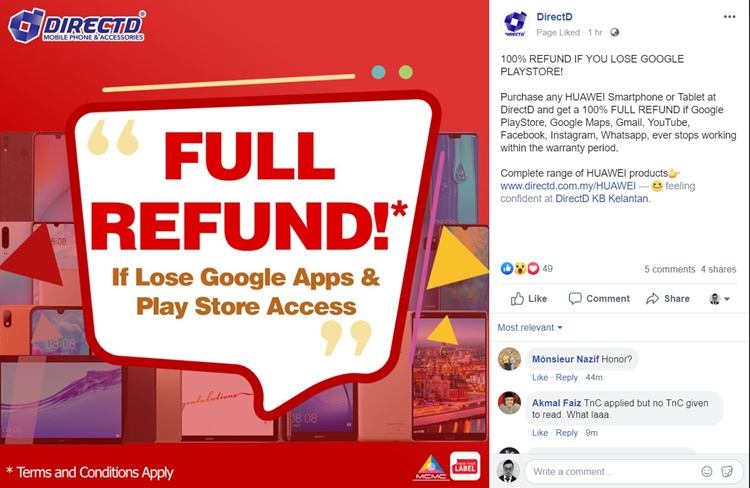 For the official list of Huawei products from DirectD, you can check out right here. Stay tuned for more local tech news at TechNave.com.