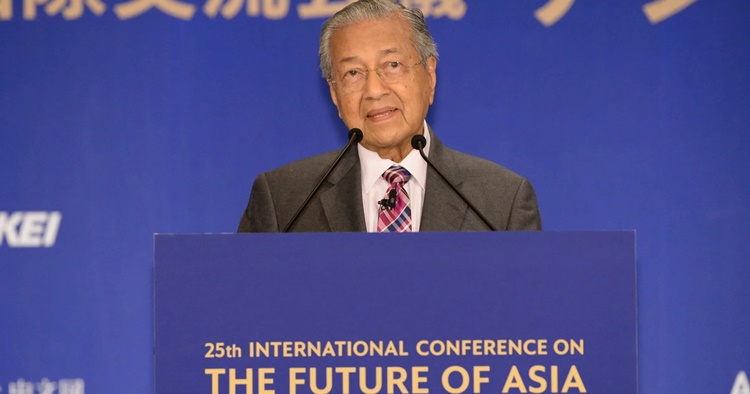 Regarding the trade war between the USA and China, our Prime Minister Tun Dr Mahathir Mohamad has made several comments about the West and Huawei at the 25th International Conference on The Future of Asia (Nikkei Conference). It was a rather long session but overall, Dr Mahathir stated that Malaysia will still use technology from Huawei "as much as possible."

This took place in Tokyo where our PM was on a three-day working visit, after making the statement on using their technology, he added that while there may be a chance of spying from China, he wasn't that concerned because we (Malaysia) are an open book and there's nothing much to spy in the first place. Aside from that, he also urged the USA to make peace with China, as "When two elephants fight, we see that it is the grass that gets trampled". Here are the rest of the interesting transcripts you can read below:

“Initially they copied products from the West, then they produced better products and their research enables them to produce even better products...in the telephone field, for example, Korea, Japan and China spent much more money on research and development than probably Europe and the US,"

"By investing more, the East has improved the products and the world must accept that new reality,"

"But if you want to have a situation where you are always ahead and when you are not ahead I will ban you and send warships to your country, that is not a competition, that is threatening people and that is not the approach to use,"

“As much as (before) we expected everything from the West, now it is coming from the East,”

“Many US companies are operating in China, Malaysia and other countries. They basically, produce the components and parts that go into the products of the US and because of that, the US products become competitive in the world,"

“But if all these parts producing companies are located in the US, the cost will be prohibitive and it will not be able to compete with the products of Eastern companies,”

“We pushed out all the products of the west, including motorcars. Japan was able to compete with the West because of their work ethics and lower wages. But if the US wants to do everything in the US, the cost will be prohibitive and their products will not be competitive,"

“However, there are certain areas that the US will excel in. We know that they build fantastic airplanes, for example, their engineering capabilities and skills are very high,”

If you would like to hear out his 48-minute speech, you can watch the video produced by Nikkei Asian on YouTube. Stay tuned for more tech news at TechNave.com.