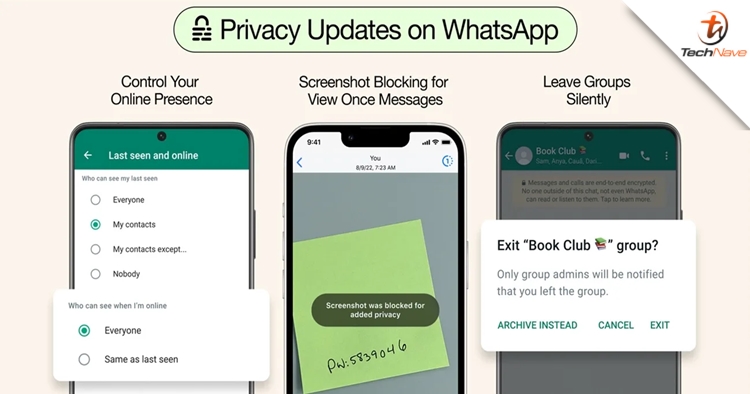 Mark Zuckerberg has announced a new campaign for WhatsApp in line with the launch of a trio of features. The campaign focuses on the security and privacy features of the messaging app. It'll start in India and U.K. before making its way to the other countries.

The three features include exit group chats quietly, controlling who can see when you're online, and preventing screenshots of view once messages. Exiting group chats quietly will avoid everyone getting notifications of you leaving but the group admins. Furthermore, you can now have more control of your online status by not letting everyone know you're online, with options including everyone, all the people from your contacts, some people from your contacts, and nobody.

Besides those, you can also prevent people from taking screenshots and recording video captures of the view once images and videos. At first, users complained that the view once feature was pointless as the others still could capture them without consent. However, your conversations, even with disappearing messages, would not be included in this new feature, so you might want to be careful with your words! (haha)

What do you think about these new WhatsApp features? Drop a comment to let us know your thoughts, and stay tuned to TechNave.com for more tech news.