Current Location: Home > News > Mark Zuckerberg hints at the arrival of multi-device support on WhatsApp, and the iPad app too

Mark Zuckerberg hints at the arrival of multi-device support on WhatsApp, and the iPad app too 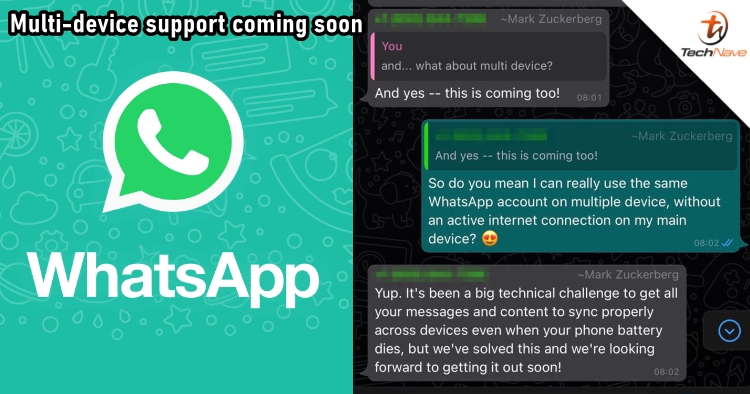 Facebook CEO Mark Zuckerberg has dropped hints about the arrival of a WhatsApp feature that most of us need. During an interview with WhatsApp CEO Will Cathcart, Zuckerberg himself surprisingly showed up and subtly told the interviewee that multi-device support for WhatsApp is in the works.

When asked about whether the app can be used on other devices with the main one being offline, the Facebook CEO replied that it's a big challenge to get the messages across devices sync properly but it'll be solved soon. The reply might also be pointing to the launch of the iPad version of WhatsApp. 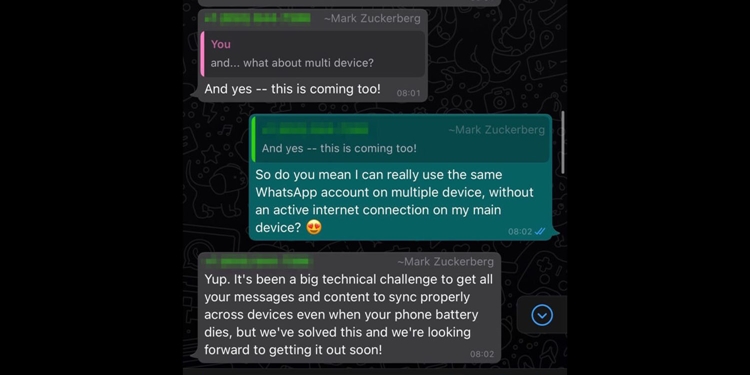 It has been almost two years since the first time we heard about the iPad app's rumour. Currently, there’s an official app available for the Mac, and third-party ones available for iPad, with both relying on the main app to work. By rolling out multi-device support, not only the iOS users, but it will also benefit the Android users to let them sync their messages across personal devices without relying on the main app.