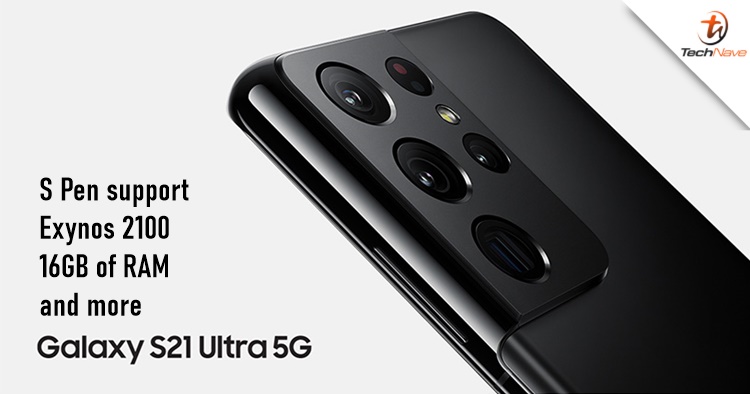 Tonight is the Samsung Unpack livestream at 11 PM but before that, a massive leak of the Samsung Galaxy S21 Ultra is now online. Initially leaked by Evan Blass, more information of the upcoming flagship is now on his Twitter account and website. Let's take a look at what are the exciting highlights.

According to the new leaks, pre-ordering the Galaxy S21 Ultra could grant the customer a free pair of Galaxy Buds Pro and Galaxy SmartTag (to trace items) but of course, not every region would have the same benefits. The leak also revealed that only the ultra variant has the S Pen support, a 6.8-inch Dynamic AMOLED 2x display with 120Hz refresh rate, a next-gen 8K Video Snap, and a new dual telephoto lens (3x and 10x optical zoom, 100x or 20x zoom lock) system.

The leak also confirmed that the Exynos 2100 chipset is on board and even features up to 16GB of RAM. There could be three memory variants which are 128GB, 256GB and 512GB but as always, each region would get a different set. Last but not least, the leaked teaser also said there's no charging adapter inside the box.

Are you excited about the Samsung Galaxy S21 series? As mentioned, the livestream will start at 11 PM (Malaysia time) at Samsung Malaysia's website or you can visit their channel on YouTube as well. Stay tuned for our official news at TechNave.com.